Works of the late Turkish-Armenian photographer Ara Güler were present to visitors’ tastes.

An exhibition featuring the works of the late Turkish-Armenian photographer Ara Güler opened Tuesday in London. 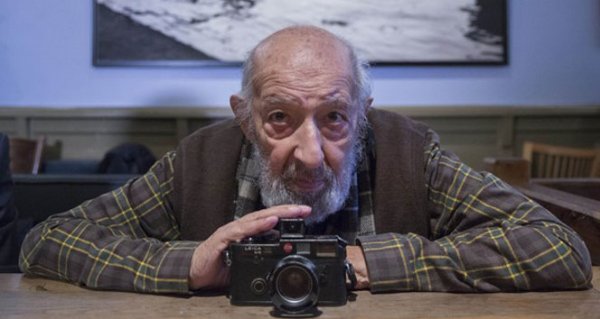 The exhibition of the works of Güler, hailed by the British Journal of Photography as one of the seven greatest photographers in the world, was established by the Turkish Presidency. 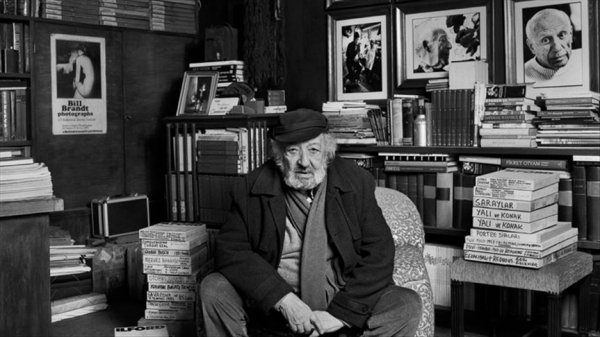 Britain’s Europe Minister Alan Düncan and Turkish Ambassador Ümit Yalçın opened the exhibition at London’s famous art venue the Saatchi Gallery. Düncan said he has a very simple rule as foreign minister. “When asked to do something that shows links between the UK and Turkey, I immediately say ‘yes’,” he added. 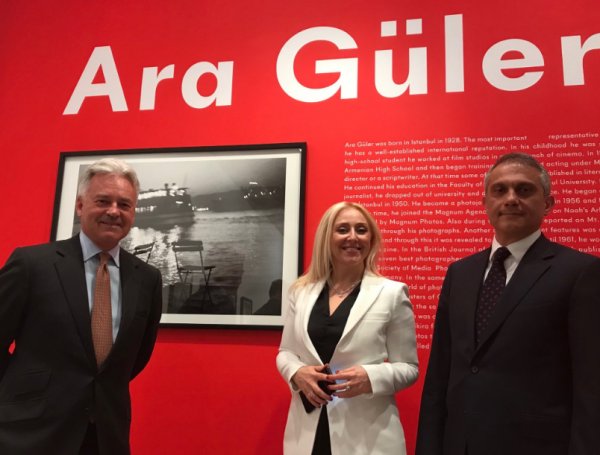 While underlining that Güler is one of the best photographers in the world, Düncan said Güler never thought of himself as an artist. “He saw himself as a visual historian, as a photojournalist," he added. 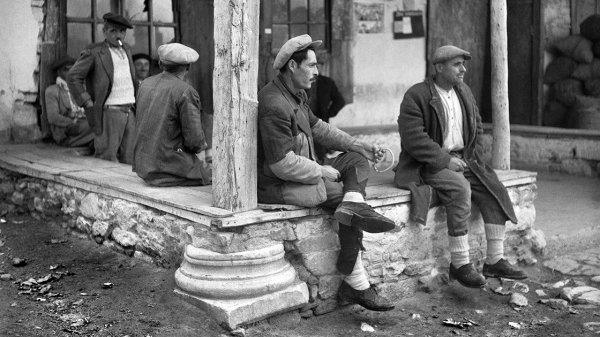 “He put the plight of his fellow men at the heart of his visual histories, particularly in his evocative black and white portraits of Istanbul; hustling and bustling in the age before the nasty motor car,” Düncan said.

Düncan said Istanbul, like London, is one of the great global cities that constantly change. “Ara Güler captured its character, I think, absolutely and brilliantly,” he added. Düncan said his last visit to Istanbul was in October for the opening of the new airport  a modern venue reflecting the city’s true legacy. 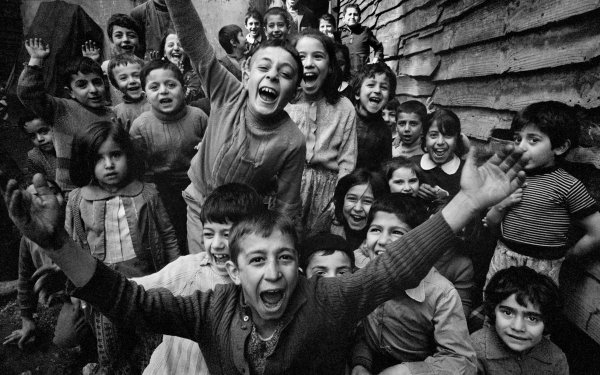 Noting that it was meaningful to open such an exhibition on Turkey’s Children’s Day, Düncan said he believed Güler’s photography would inspire future generations.

The Ara Güler Photography Exhibition has been curated by the Presidency of the Republic of Turkey in collaboration with Doğuş Group and the Ara Güler Museum Archives and Research Center. Following the exhibition in London, Güler's work will be exhibited in Paris, Kyoto, New York, Rome and Mogadishu. 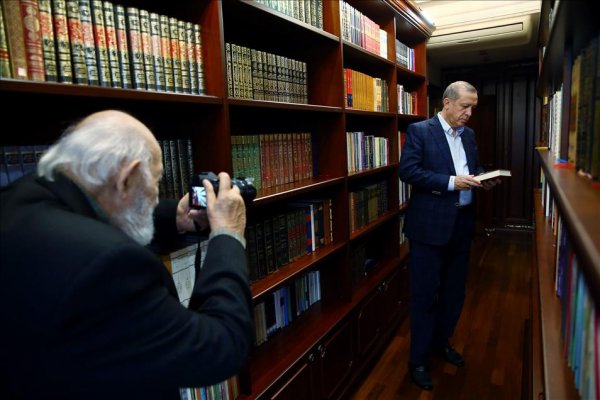 In a booklet distributed at the exhibition, President Recep Tayyip Erdoğan described Güler as a “great photographer”. 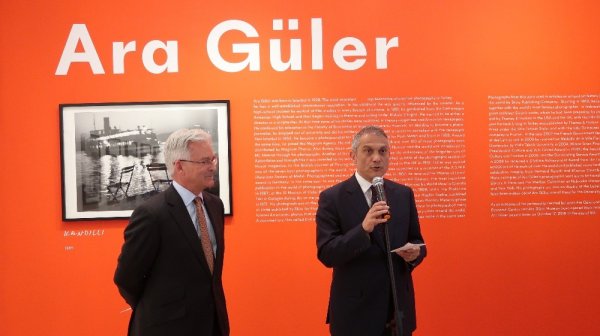 "He wrote that Great minds live on by the masterworks they leave behind," he added. “Ara Güler was a great photographer who spent his life behind the visor of his camera, through which he rendered the world, life and objects he shot," Düncan said. “Although he insisted on being called ‘merely a photojournalist’ instead of an ‘artist’, with his great works at hand, he is an artist for us and for the world,” he added.

WHO IS ARA GÜLER?

Ara Güler was born in Istanbul in 1928. Throughout his life, he was a significant global representative of Turkey's creative photography. He worked as a Near East photojournalist for Time-Life magazine in 1956, for Paris Match in 1958 and also Stern magazine. Magnum Photos also published Guler's photos globally, and in 1961, he became the first Turkish member of the American Society of Magazine Photographers (ASMP). 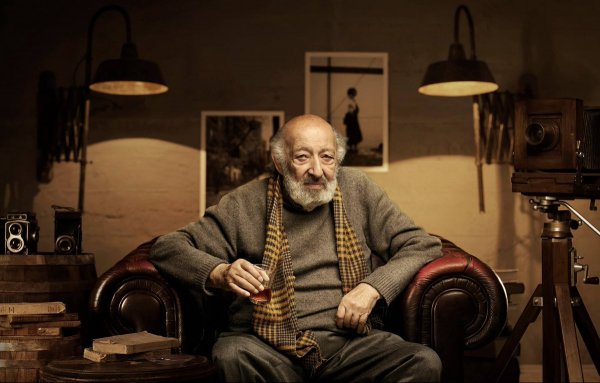 In 1962, he was awarded the Master of Leica title in Germany and was featured in a special issue of Swiss Camera magazine, one of the world's leading photography publications. Güler also photographed the images for Lord Kinross' “Hagia Sophia” book published in 1971 and the cover photo for "Picasso: Métamorphose et Unité" published by Skira Books to celebrate Spanish artist Pablo Picasso's 90th birthday. 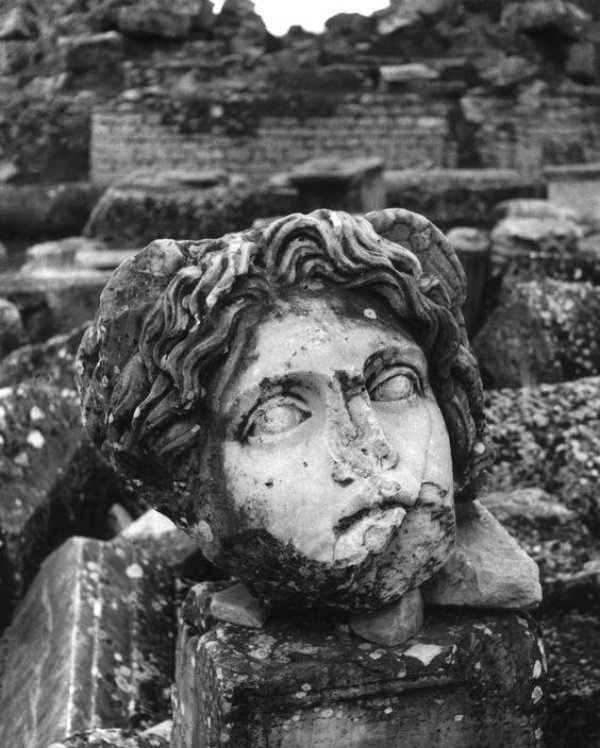 His images on art and art history were published by Time-Life, Horizon, Newsweek and Skira Publishing House. Güler's photographs of famous Ottoman architect Mimar Sinan's buildings were published in a book titled "Sinan: Architect of Suleyman the Magnificent" in France in 1992 by Edition Arthaud Publications and in the US and UK by Thames & Hudson Publications. 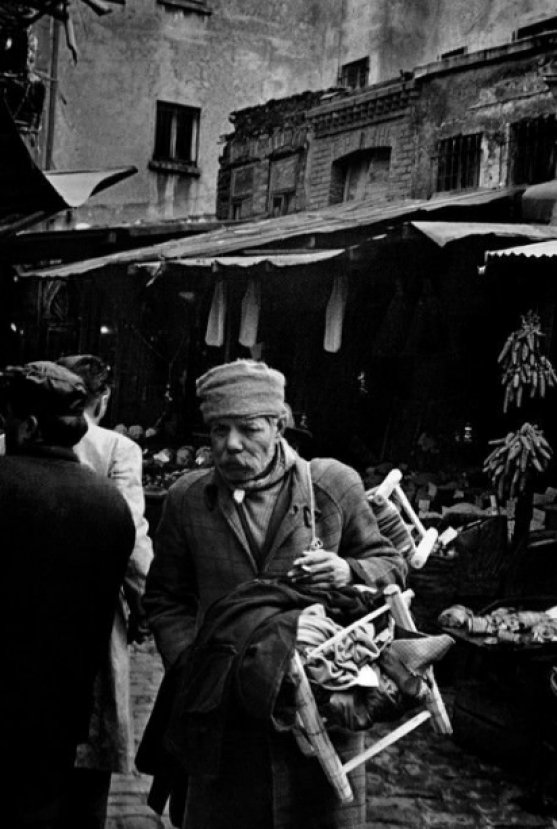 In 2002, he was awarded the “Légion d'honneur: Officier des Arts et des Lettres" by the French government, and in 2009, he received "La Médaille de la Ville de Paris" from the Paris Municipality.