Demonstrations against Netanyahu have become a weekly event for about two months.

Demonstrators also gathered in Caesarea in front of Netanyahu's private home, as well as on 250 intersections throughout the country.

Protesters demanded the resignation of the detached and failing government. They called for Netanyahu to resign citing his corruption and fraud. 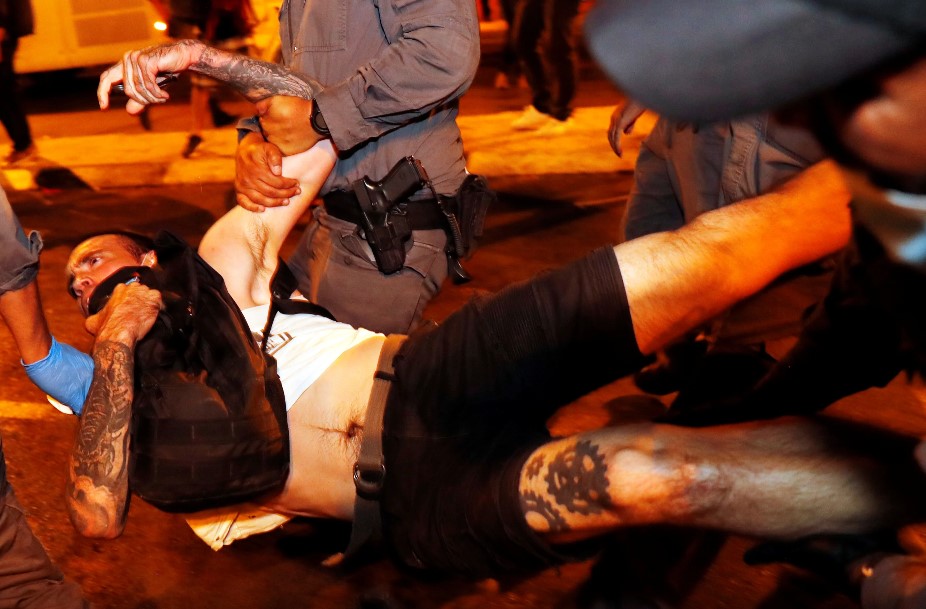 In West Jerusalem, Israeli police arrested a suspect accused of attacking a protester with a glass bottle, while in another incident, clash between protesters and counter-protesters led to the injury of a man after being stabbed, according to the Times of Israel newspaper. 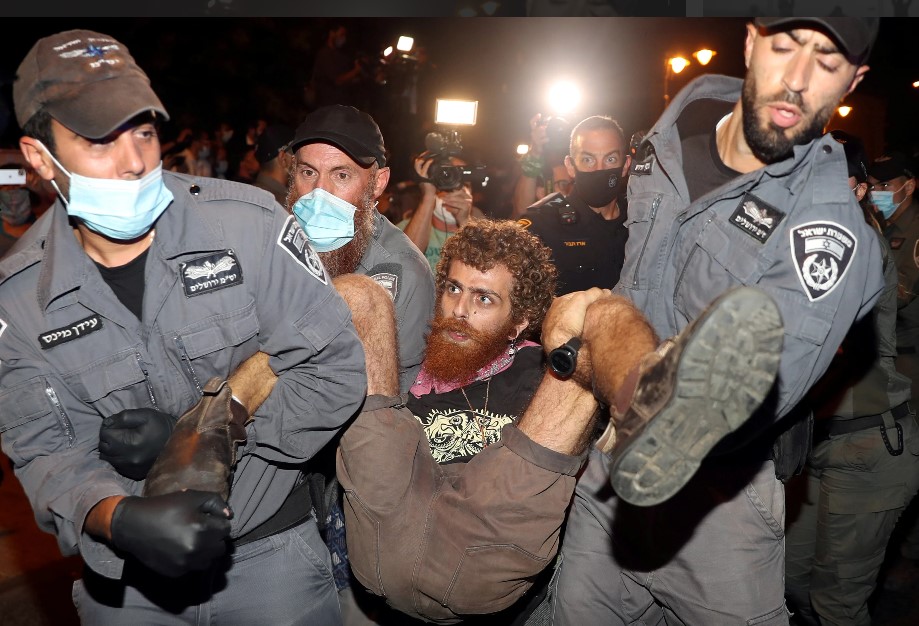 Netanyahu accused Channel 12 News of "shameless propaganda” in inflating the number protesters. “The channel is pouring fire on the flames of the political protests that are organized and funded by leftist groups,” he wrote in a Facebook post. 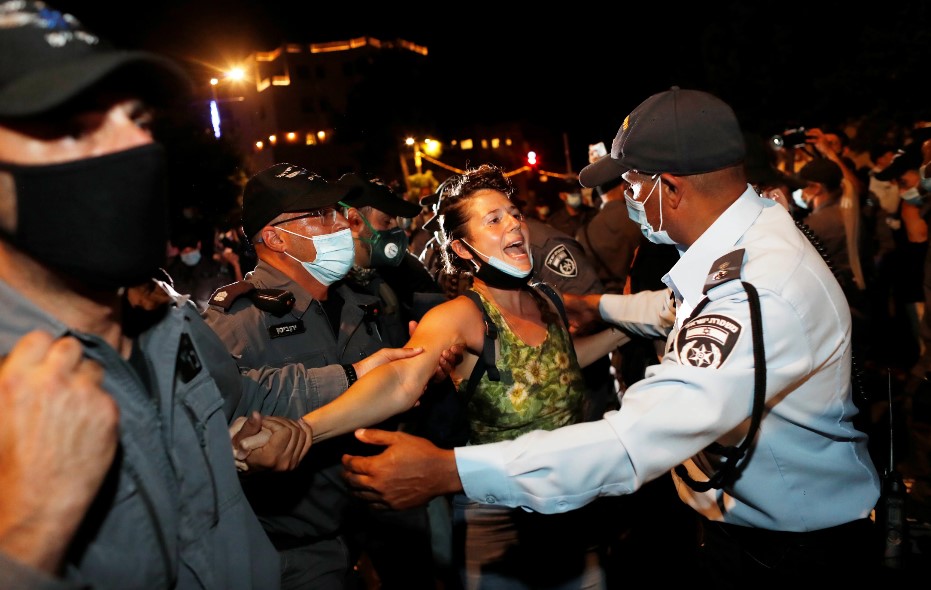 Israeli Public Security Minister Amir Ohana warned that the ongoing protests across Israel may lead to "bloodshed". Speaking to the Kan Public Broadcaster, Ohana considered the closing of the roads as “a form of violence". "I am worried by the hate in the air," he said. 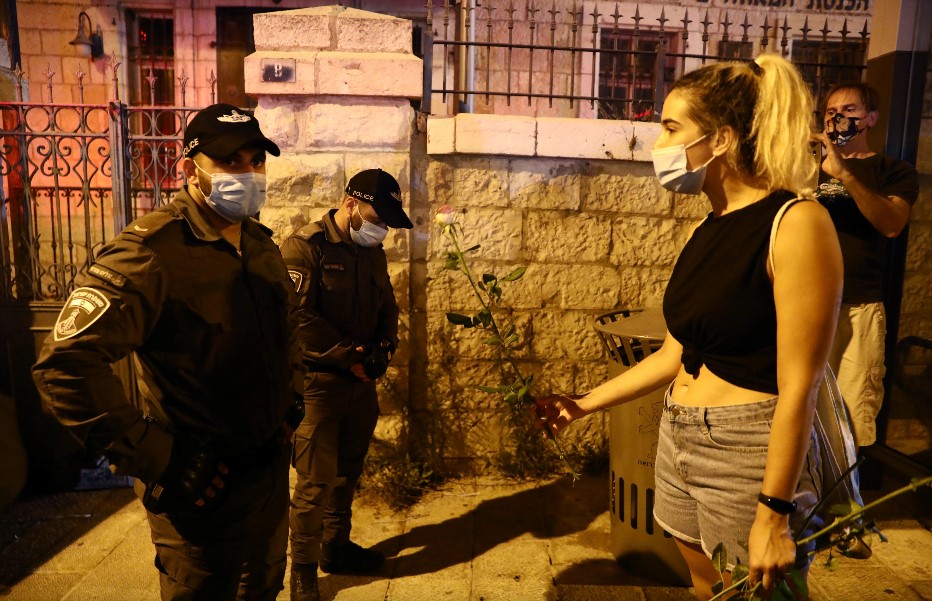 Results of a July 13 opinion poll conducted by Israeli broadcaster Channel 13 showed 75% of Israelis were "dissatisfied" with the performance of the Netanyahu government during the coronavirus crisis.