Five people have been killed and nearly a thousand have been injured in clashes between protesters and police in demonstrations that began Nov. 21.

Rainfall in Colombia’s capital during a recent concert in support of protesters evoked images of Hong Kong’s umbrella revolution as a sea of umbrellas dotted the venue.

Like Hong Kongers, Colombians have been taking to the streets to protest government policies for some time. Dozens of singers and music groups in Colombia have also organized concerts to support the protesters. 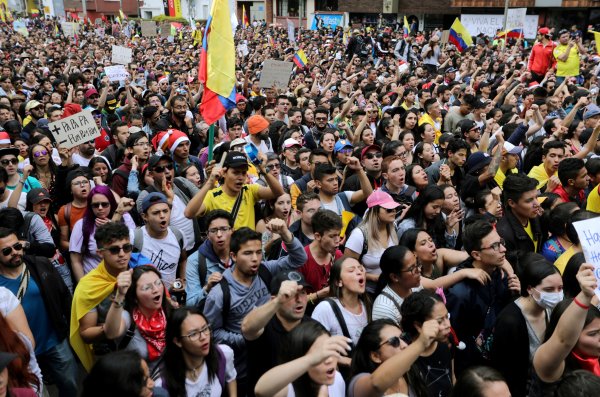 Protestors are demanding the implementation of a peace agreement signed with the Revolutionary Armed Forces of Colombia rebel group and the fulfillment of promises made to students following the last massive mobilization against President Ivan Duque's policies. 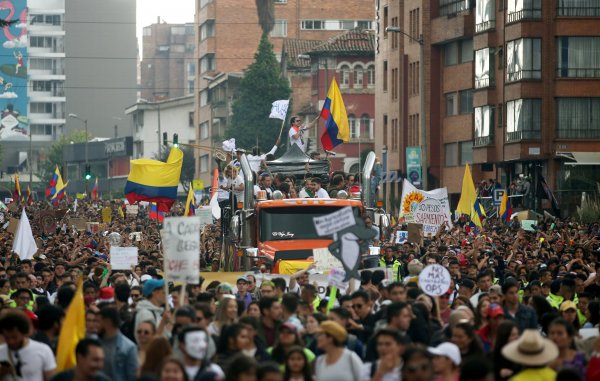 The National Strike Committee also has a list containing 13 demands, including fighting corruption, improving the agricultural sector, protection of the environment and the rejection of privatization of state assets. 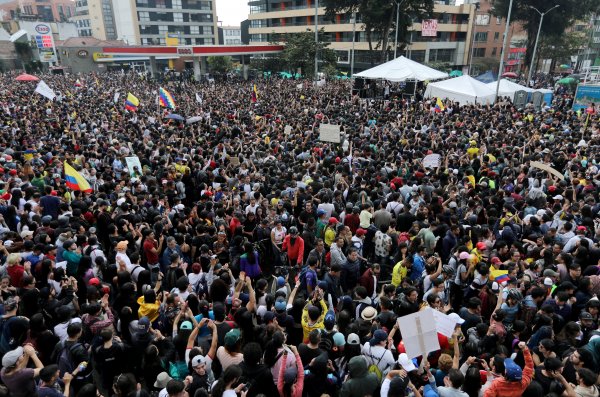 Protesters also disapprove of the Economic Growth Law, which is essentially tax reform. The reform is part of what demonstrators call "the Duque package," which has unleashed turmoil and remains central to public debate.

Duque, who has been in office for 15 months, is facing one of the most difficult tests of his presidency. His job is now to find a strategy that protesters will accept and one that can calm the turmoil in the streets, even though the demands seem to be far removed from his government’s policies.