Another wave of strikes expected to hit France

The pension reform bill is now in the National Assembly where it will be reviewed this week.

Large and small municipalities across France will see demonstrations later on Thursday as French citizens continue to protest the government reforms in the pension system.

Mobilizations are set to take place in the capital as well as major cities of France from the east-central region of Burgundy to the southern parts of the country, according to website of CGT, a union at the forefront of the protests.

The strike involves the country's major unions, including the UNEF, MNL, UNL, CGT, FO, FSU, and Solidaires, who have called for another inter-professional day of protests. The unions cover various industries, including teachers, maritime workers, lawyers, garbage collectors, and general laborers. This is the ninth nationwide "inter-professional day" -- or day of action as it has also been called -- which has been well-supported. 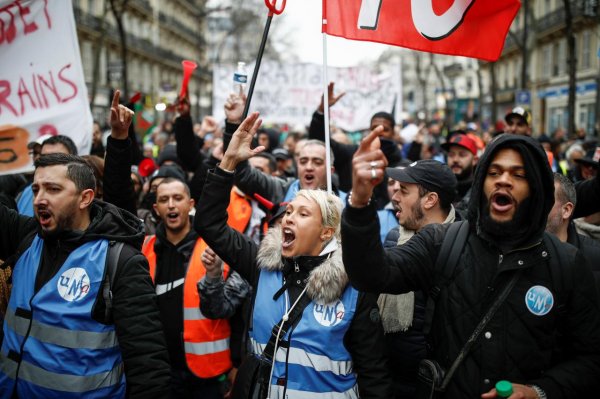 The pension reform bill is now in the National Assembly where it will be reviewed this week. The members will meet Thursday evening for debate. The government must examine 20,000 amendments presented to the bill, including 19,000 from the FI, France's left-wing populist political party. 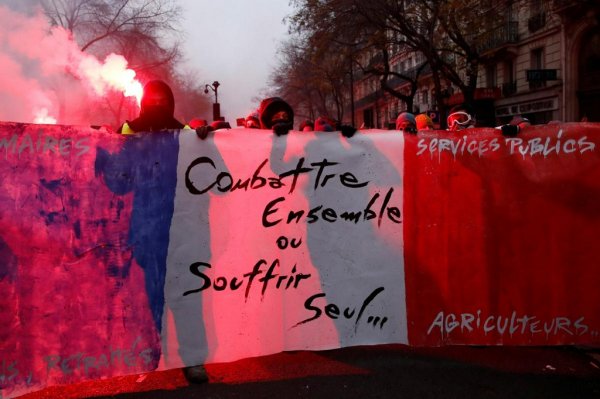 Pension disputes kicked off Dec. 5 with the major transport unions SNCF and RATP, leading a nationwide shut down of metro, commuter, and cross-country transit rail lines. Much of France was paralyzed for the month, especially hampering businesses during holiday time. Strikes continued throughout January.