Thousands of people opposed to Britain delaying its departure from the European Union marched through central London as lawmakers in parliament strongly rejected May’s Brexit deal for the third time.

On the day that Britain was originally meant to be leaving the EU, large groups gathered in bright sunshine outside parliament waving Union Jack flags and chanting, “Out means out” as the Queen song Bohemian Rhapsody was played on a loudspeaker with its famous lyric “Mamma Mia, let me go.”

"WE ARE NOW ONTRACK FOR A 'NO DEAL"

Friday’s protest, a week after hundreds of thousands marched through calling for a second referendum, shows how divided Britain is over Europe three years after voting to leave the EU. As the result of the vote in parliament filtered through to the crowds on Parliament Square, scattered cheers went up as some protesters viewed it as boosting the chance of a rapid departure from the bloc. The mood of protesters ranged from satisfaction to despair. 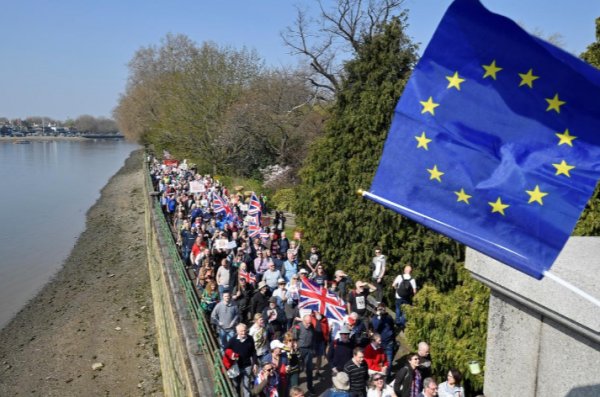 “Excellent. We’re now on track for a ‘no deal,’” said saleswoman Louise Hemple, 52, standing in the shadow of Winston Churchill’s statue outside parliament. “And that will mean we’ll have complete control which is what we Brexiteers voted for.” 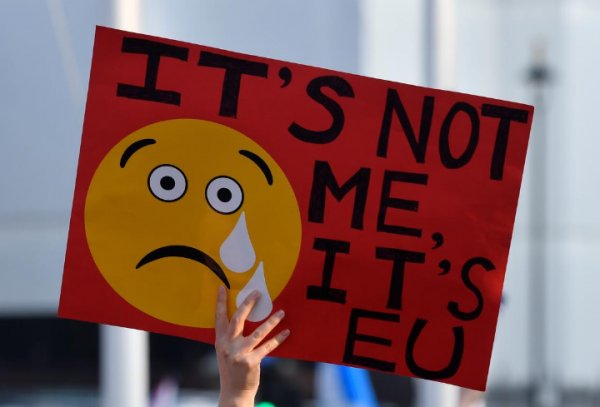 Hemple said she would continue to protest until Britain had left the EU because she did not trust lawmakers to do it. “They’re in their bubble in there. It’s all about their vote, not our vote,” she said, referring to the 17.4 million people who voted Leave in Britain’s 2016 referendum.

Nigel Farage the politician widely thought to have done the most to spook Britain’s then government into agreeing to hold the referendum - addressed the crowd at the end of a 270-mile (435 km), two-week march from Sunderland, northeast England, to London. 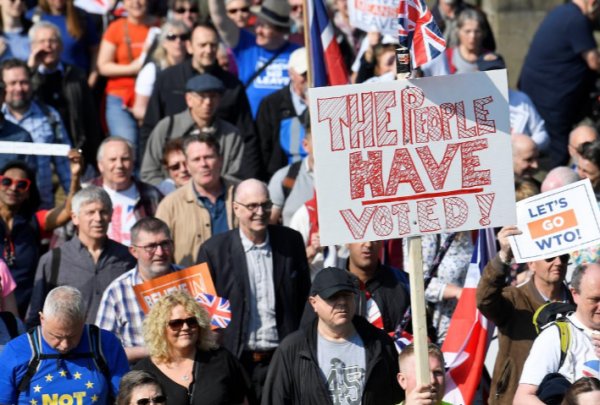 “What should have been a celebration is, in fact a day of betrayal,” Farage told Reuters. 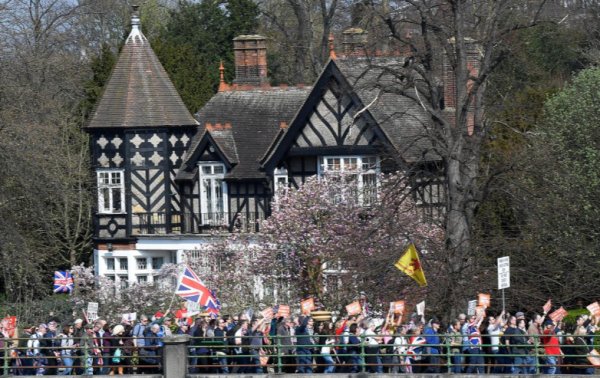 “There will be a lot of anger. I certainly have never known a time in my life when people have said such rude things about the political class, about the government.”