We have not made any decisions but identified steps to make those decisions, Shanahan told reporters. 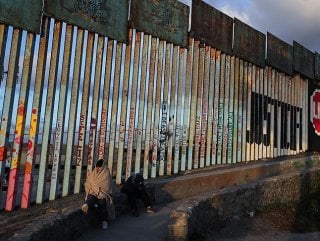 Acting U.S. Defense Secretary Patrick Shanahan said on Saturday Pentagon has not decided yet on the U.S.-Mexico Border Wall which stands out as President Donald Trump's most controversial pledge during his campaign and presidency.

“Very deliberately, we have not made any decisions, we have identified the steps we would take to make those decisions,” Shanahan told reporters aboard a U.S. military aircraft.

He said that military analysts had done the initial planning and he would start reviewing it on Sunday.

“We are following the law, using the rules and we’re not bending the rules,” Shanahan added.

Trump declared national emergency on Friday to fund the border wall without needing the approval of the U.S. Congress.

The Trump administration has identified more than $8 billion in funding that could be used to build the border following the emergency declaration, the bulk of which -- $6.1 billion -- will come from funds previously allocated to the Pentagon.

The president's insistence on the funding had led to the first government shutdown that began in late December before becoming the longest in U.S. history, enduring for 35 days.