70 people were arrested outside of The New York Times building, according to a New York Police Department spokesman, during a protest to call attention to the way news outlets cover the climate crisis

Police arrested 70 environmental protesters outside the New York Times headquarters who laid down in the street and climbed onto the building to demand the newspaper start referring to climate change as a climate emergency, police and media reports said.

PROTESTERS WERE ARRESTED FORCIBLY BY POLICE

Protesters blocked the street by lying down in a “die-in” and affixed a banner to the skyscraper in midtown Manhattan saying “climate change = mass murder,” with the word “change” crossed out and replaced with “emergency,” according to pictures posted by the website of 1010 Wins radio. Another banner was attached to the Port Authority Bus Terminal across the street saying simply “climate emergency.” Demonstrators chanted “tell the truth,” a reporter for The Guardian on the scene tweeted. 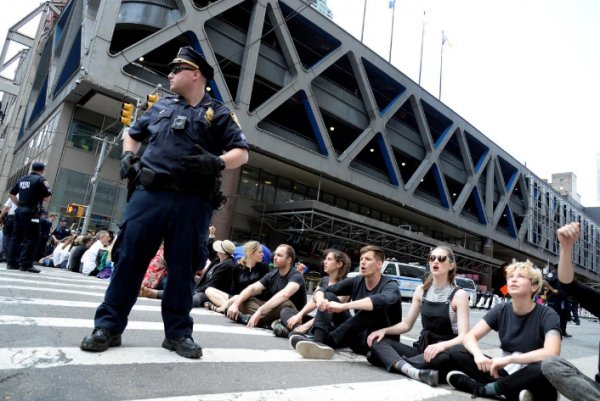 According to 1010 Wins, a spokeswoman for Extinction Rebellion, Eve Mosher, said the group wants the media to report on “the climate emergency” so that “people can start pushing for more radical responses.” 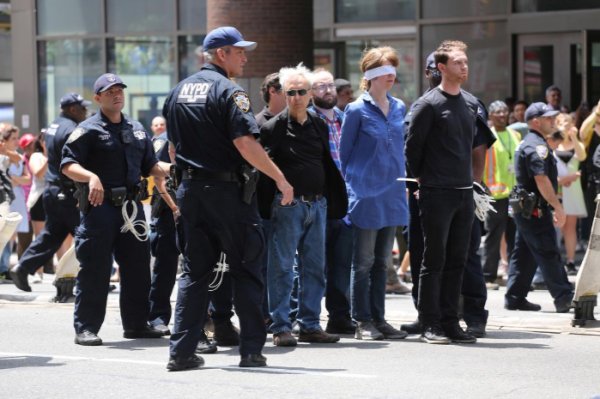 Another protester, Donna Nicolino, told The Guardian she was ready to be arrested because “we want the New York Times as well as all the other media to treat climate change as the crisis it is.” 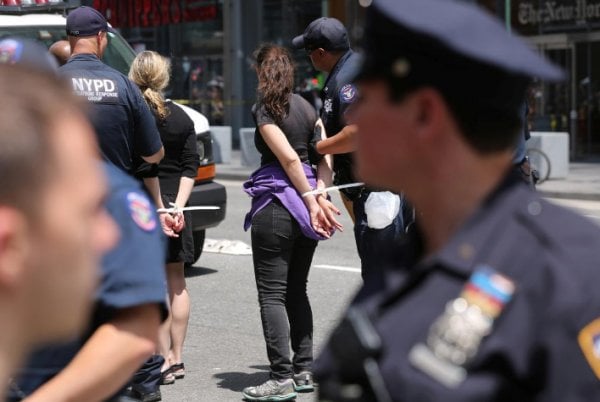 Police removed the banners and arrested protesters who had climbed atop an overhang above the ground floor of the Times building, social media pictures showed. 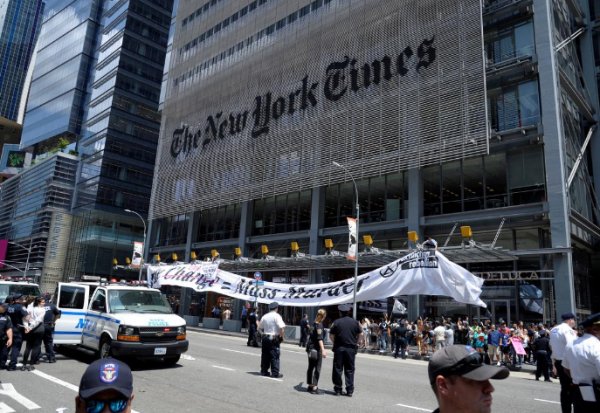 “There is no national news organization that devotes more time, staff or resources to producing deeply reported coverage to help readers understand climate change than The New York Times,” spokeswoman Danielle Rhoades Ha told The Guardian, saying the newspaper published 795 articles about the issue in 2018.