Juan Guaido ruled out dialogue with the Maduro government.

Venezuela's opposition leader Juan Guaido gave start to a new wave of demonstrations against the Maduro government, starting from Monday at the main roads of the country.

"THE NEGOTIATION PROCESS IS DEAD"

The street mobilizations will continue with the support of doctors and nurses on Tuesday, the teachers will join the protest on Wednesday, while students' movement will take place on Thursday, Guaido tweeted on Sunday. 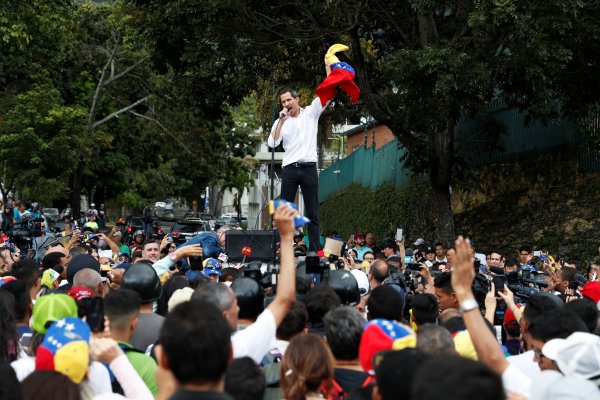 Guaido also ruled out returning to a negotiation table with President Nicolas Maduro, even under Norway's mediation. "Three months ago [the negotiation process] is dead. They killed it, they ran away," he said in a press conference in capital Caracas, responding to a question on the possibility of reopening the Oslo negotiations. "We have to end this crisis," he added, referring to the importance of the new mobilizations that will kick off Monday. 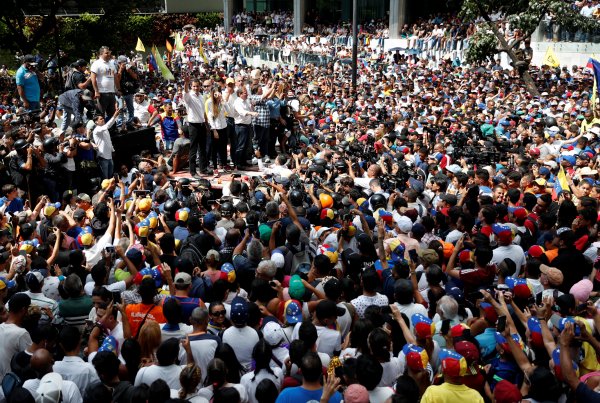 Delegations of Maduro and Guaido took part in Oslo and Barbados, under the mediation of Norwegian government which took initiatives for talks to solve the ongoing political crisis.

The Oslo talks in May bore no fruit, and the sides did not make a clear statement about the content of the Barbados talks held earlier July.