5 people killed, 120 others injured in the quake.

At least five people were killed and over 120 others injured on Friday in a 5.9-magnitude earthquake in northern Iran, according to the state television.

A DEPTH OF 8 KILOMETERS

Iran's Press TV reported that the earthquake with a depth of 8 kilometers (4.9 miles) struck near the city of Tark. 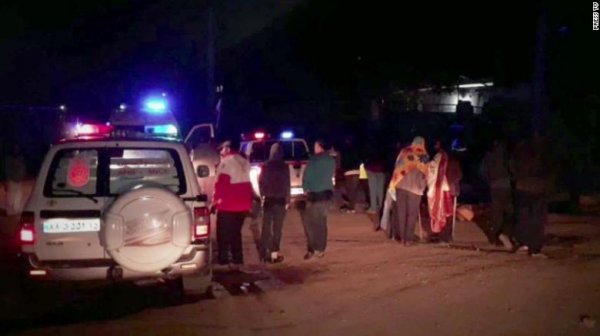 Some 20 million people felt the quake across Iran and in neighboring Turkey, the report said citing the European-Mediterranean Seismological Center.

Mohammad Baqer Honar, head of the provincial crisis management center, said that eight rescue teams had been dispatched to the affected areas.