55 injured in emergency landing after jet hits birds in Russia

Russians hailed a miracle on Thursday after a passenger plane carrying 233 people made an emergency landing in a cornfield after striking a flock of birds shortly after take-off.

A commercial airliner made an emergency landing near the Russian capital on Thursday, injuring 55 passengers including 17 children.

Ural Airlines flight A321 was headed from Moscow to Simferopol with 233 passengers on board when one of its engines was engulfed in flames while in the air, the Emergency Situations Ministry said in a statement.

Managing to prevent the fire from spreading to the rest of the aircraft, the crew requested an emergency landing at Zhukovsky Airport, but undershot the landing strip by about one kilometer (0.6 miles). 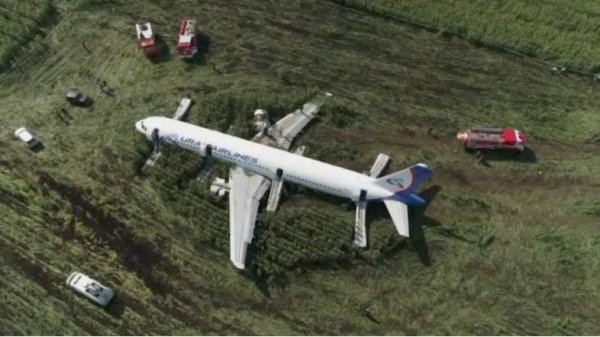 The burning engine detached from the aircraft after it reached the ground. Emergency teams including two helicopters were deployed to the site. 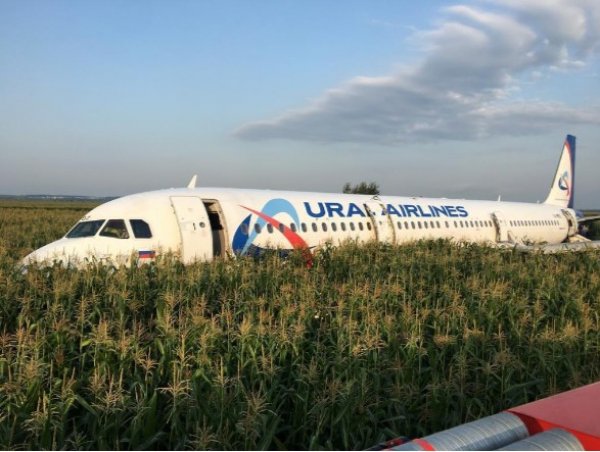 Most passengers took minor injuries, though only six were hospitalized, five of them children. 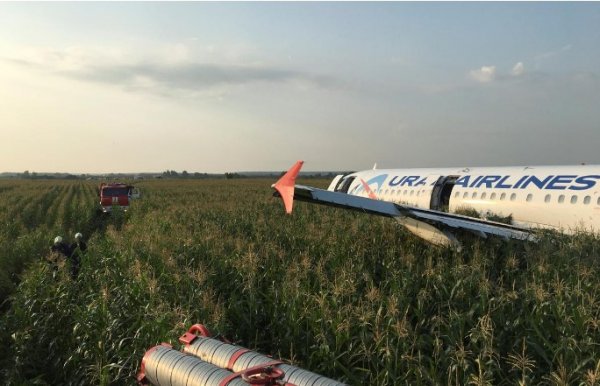 According to Ural Airlines director Sergey Skuratov, both engines failed after several birds flew in them. 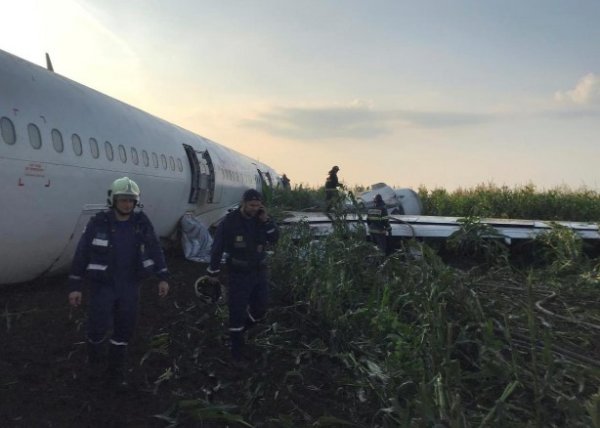