4 killed as tunnel collapsed in China

The accident occurred on late Monday at a tunnel on a highway in the city of Jincheng in Shanxi Province.

Four people have been confirmed dead and two others are still trapped as of Tuesday morning after an under construction tunnel collapsed in north China’s Shanxi Province, local authorities said.

SIX PEOPLE WERE TRAPPED UNDER THE DEBRIS

The accident occurred at around 4 p.m. Monday at a tunnel on a highway in the city of Jincheng, trapping six people who were working on the site, the Xinhua news agency reported.

One of them was rescued and sent to a nearby hospital but died later Monday, while rescuers retrieved the bodies of another three victims from the collapsed tunnel as of 7:50 a.m. Tuesday. 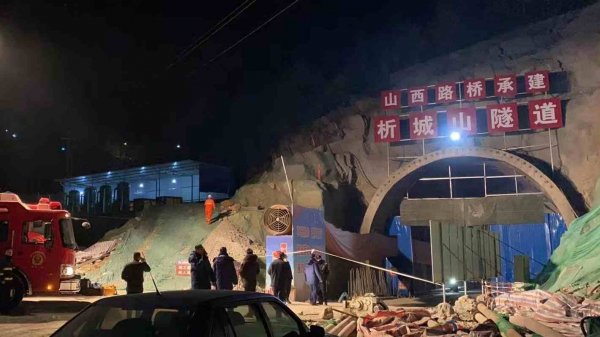 An estimated 200 cubic meters of debris was blocking the tunnel. The search and rescue efforts are under way.