A small group of activists locked themselves to a mock nuclear missile outside the Ministry of Defense.

Police have so far arrested 21 climate activists, they said on Monday, at the start of two weeks of planned peaceful civil disobedience in London that will call for urgent government action to curb carbon emissions.

The protests, which organizers expect to bring 10,000 people to the British capital, are part of what Extinction Rebellion activists call an "international rebellion", with similar actions taking part in Australia, the Netherlands and elsewhere. 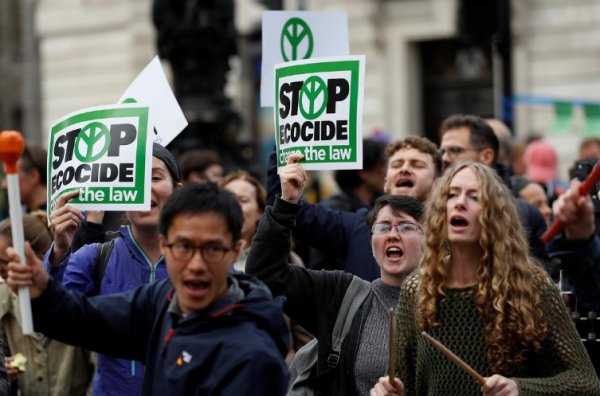 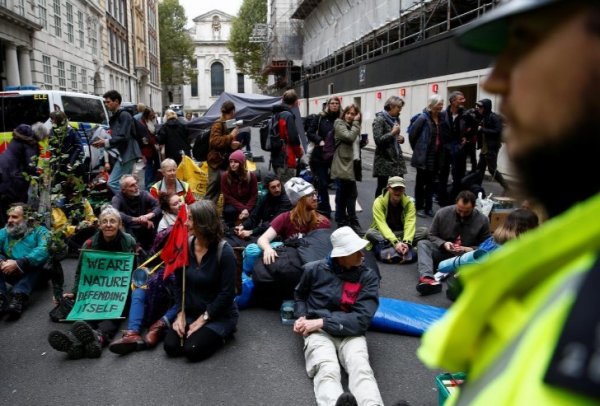 A pair of activists parked a car in the middle of a major road and attached themselves to it. A Reuters photographer saw more than a dozen police officers surrounding the vehicle as two of them tried to cut the activists free. 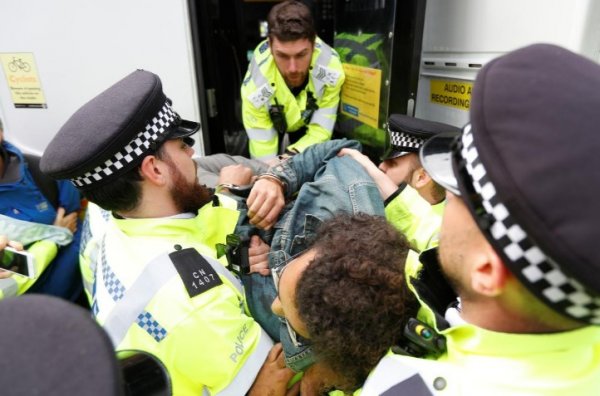 Separately, large groups of activists blocked Lambeth Bridge and Parliament Street, both locations close to the Houses of Parliament. They carried banners with slogans such as "Climate change denies our children a future unless we act now". 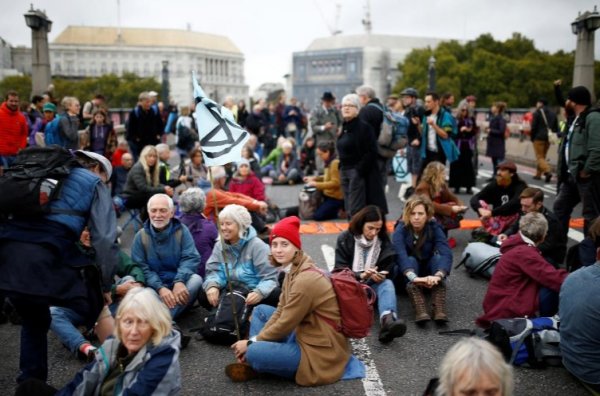 Extinction Rebellion came to prominence in April when it disrupted traffic in central London for 11 days. More than 1,000 activists were arrested at that time, of whom 850 were prosecuted for various public disorder offences. So far, 250 have been convicted.

The police have adopted more proactive tactics to deal with the group this time.