20 students killed in fire at commercial complex in India

20 students were killed and several others left badly injured as they jumped from the top floor of a building which was up in flames in the Indian city of Surat, according to the latest information.

At least 20 students were killed in a massive fire that broke out at a commercial complex in the western Indian city of Surat on Friday.

According to the agency, several students of a coaching center were seen jumping off the multi-story building. The fire engulfed the third and fourth floor of a complex. The exact cause of the fire is still not known. 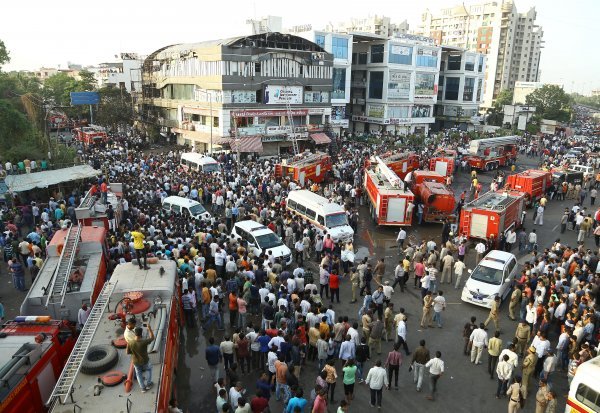 Responding to the incident, Prime Minister Narendra Modi said in a Twitter post: “Extremely anguished by the fire tragedy in Surat. My thoughts are with bereaved families. May the injured recover quickly. Have asked the Gujarat Government and local authorities to provide all possible assistance to those affected."