All of the migrants were later referred to provincial migration directorates.

A total of 1,031 irregular migrants were held across Turkey on Monday, security sources said.

In the northwestern province of Edirne, which borders Greece and Bulgaria, gendarmerie forces rounded up 693 migrants, said a source on condition of anonymity due to restrictions on speaking to the media. Separately, gendarmerie forces held 35 migrants, all of them Iraqi nationals, in the northwestern province of Kırklareli, another source said. Moreover, the Turkish Coast Guard intercepted 25 migrants on a rubber boat off the coast of the Aegean province of Aydın.

Some 13 irregular migrants were also held in the northwestern Balıkesir province while they were preparing to sail for Greece. Security forces launched an operation to capture an alleged human smuggler. 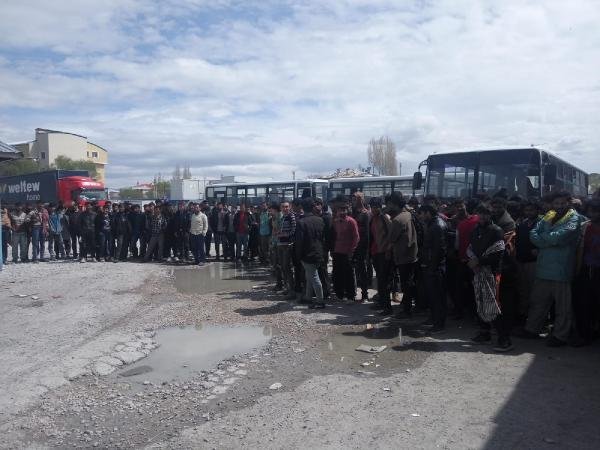 In addition, police held 97 irregular migrants in a truck in the Aegean province of İzmir. Police seized two rubber boats and arrested three alleged human smugglers. Some 128 irregular migrants were also held by gendarmerie forces in the eastern province of Van, bordering Iran. In the southern Hatay province, border forces held 40 migrants who had crossed illegally from neighboring Syria. 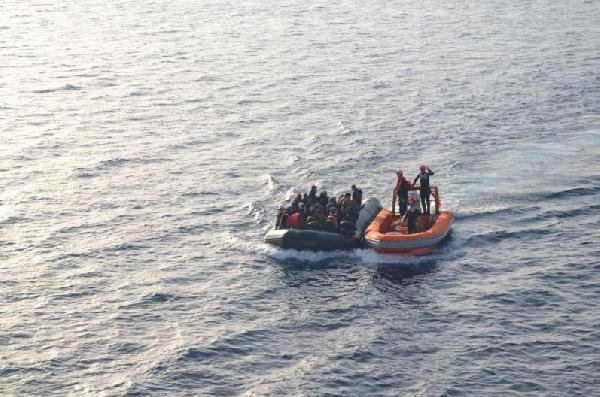 Turkey has been the main route for refugees trying to cross to Europe, especially since 2011, the beginning of the Syrian civil war. Some 268,000 irregular migrants were held in Turkey in 2018, according to the Interior Ministry.