In May, the number of foreigners entering the country also posted an annual rise of 9.35%, reaching 4 million.

The number of foreign arrivals in Turkey surged 11.3% year-on-year in the first five months of this year, the Culture and Tourism Ministry said on Friday.

Istanbul, one of the country's top tourist draws, recorded the greatest number of foreign arrivals, with 5.4 million. The Mediterranean resort city of Antalya came second, welcoming 3.1 million foreign visitors. Russians made up 13.1% of foreign visitors (or 1.8 million), followed by German citizens at 9.5% (1.2 million) and Bulgarians at 7.7% (more than 980,000). 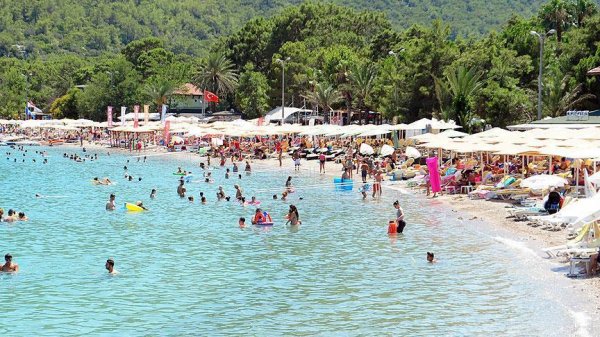 According to the Turkish Hotel Association (TUROB) data released on Friday, hotel occupancy rates across Turkey in May totaled 55.3%, down 7.2% from the same month last year. The average daily rate for rooms was €68.7 ($78.3) last month, up 4.9% year-on-year, said the association.