According to a statement from TAI on Tuesday, the deliveries will be completed by 2025 with the first two engines to be handed over in September 2022.

The first flight of the heavy class attack helicopter, which will have nearly twice the take-off weight of the current ATAK helicopters, is scheduled to be carried out in 2023, TAI said.

The helicopter is being developed under the contract signed between the country’s Defense Industries Presidency (SSB) and TAI in 2019. 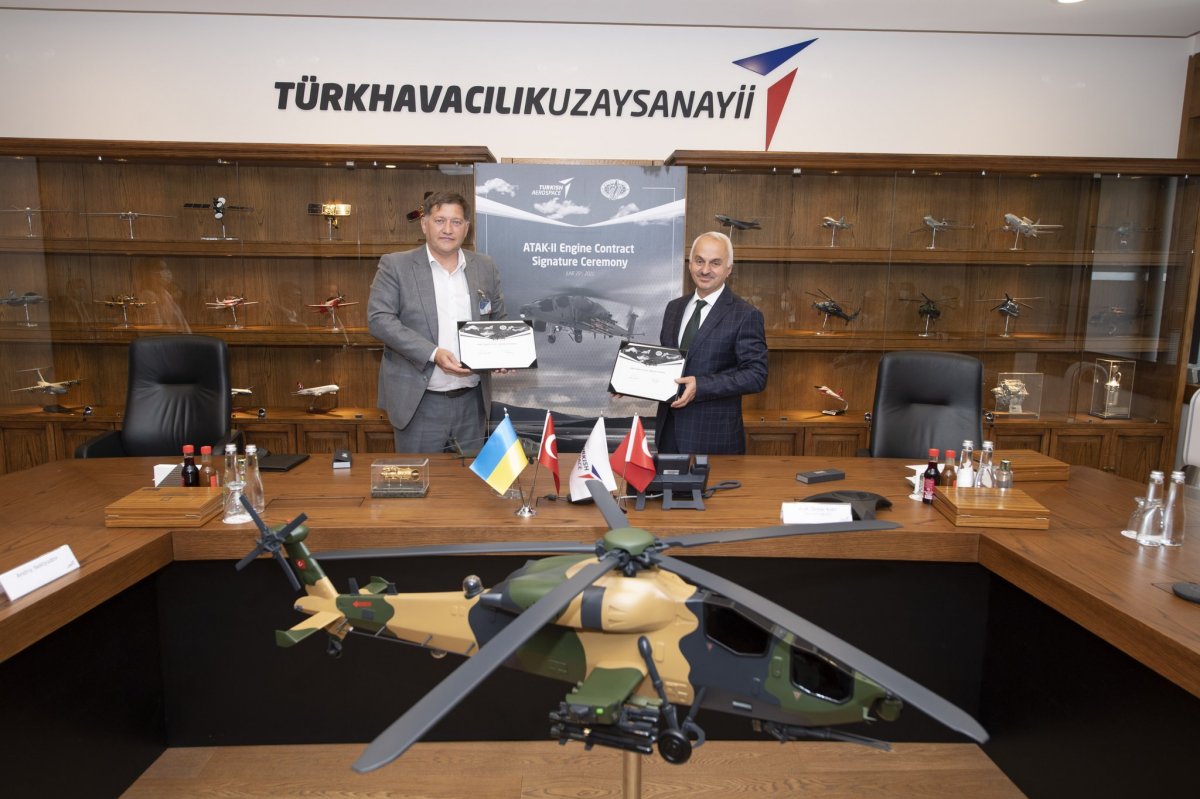 Commenting on the deal, TAI head Temel Kotil said the company completed another important and critical phase for the heavy class attack helicopter.

"We will make an ambitious entry to 2023, in the centennial year of our Republic," Kotil said.

Established in 1973, Turkish Aerospace is the center of technology in design, development, manufacturing, integration of aerospace systems and modernization in Turkey.

TAI, located in the capital Ankara, has a production plant covering an area of 5 million square meters with an industrial facility of 150,000 square meters under its roof.

The company has a modern aircraft facility furnished with high technology machinery and equipment that provide extensive manufacturing capabilities ranging from parts manufacturing to aircraft assembly, flight tests and delivery.