Turkey's fifth-generation communication satellite Türksat 5A entered into service on Monday with a commissioning ceremony in the capital Ankara.

Attending the ceremony online, President Recep Tayyip Erdoğan said the satellite was ready to serve after tests and preparation efforts.

Türksat 5A will expand the country's communication capacity and protect Turkey's orbital rights, Erdoğan stressed, adding that the orbiter was a very important project due to its high added value. 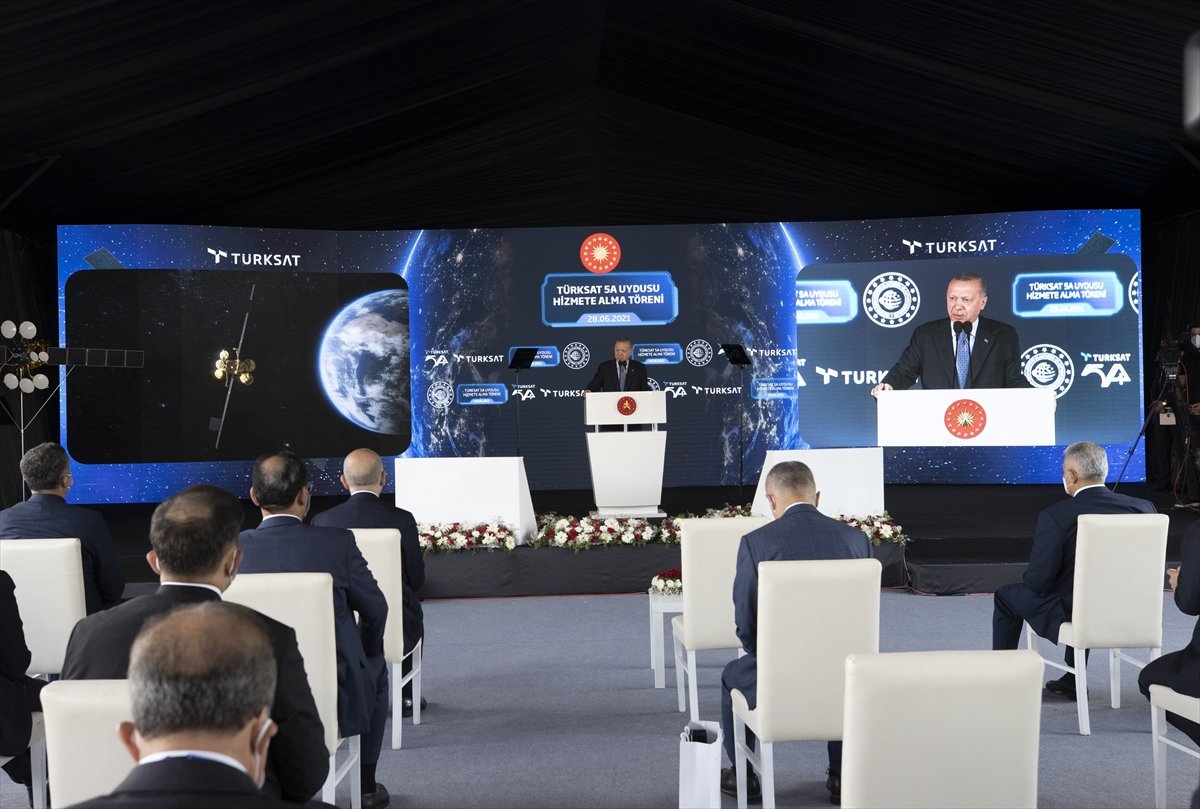 He also said tests for another communication satellite, Türksat 5B, were ongoing and that with this satellite, the country's data capacity would increase 15 fold.

Turkey's indigenous communication satellite project Türksat 6A is undergoing testing, he noted, adding that the satellite is scheduled for launch next year.

Erdoğan said that Türksat 6A would make Turkey one of the 10 countries in the world able to produce its own communication satellites.

"The world is entering a new era called the Digital Era, in which production methods are changing radically" along with political, social, economic and cultural power balances, he said.

He said this new era was based on producing information and using data. "This digital production process, which extends to the capillaries in all areas of life, has reached a much different stage with artificial intelligence." 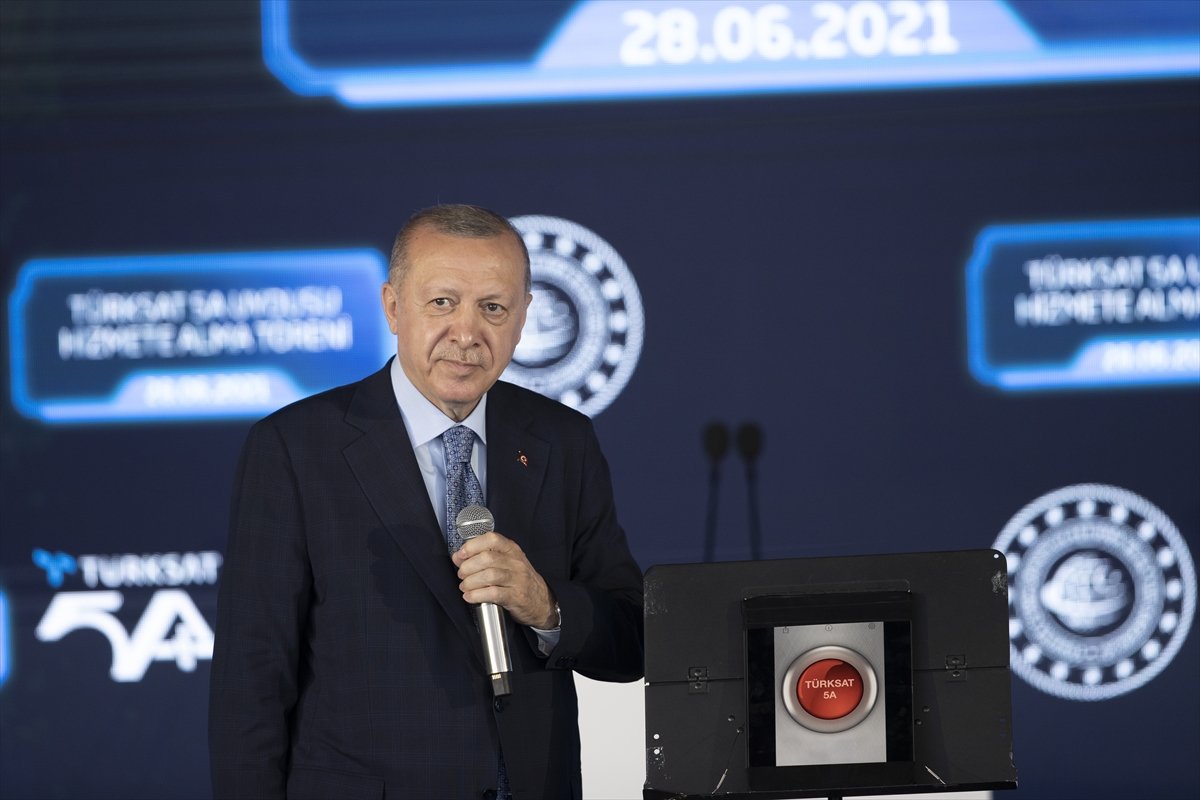 He said that the new satellite would serve for 35 years, protecting the country's orbital rights.

On Türksat 5B, he said design and production processes were continuing and that it would be launched in the last quarter of this year by SpaceX via a Falcon 9 rocket. 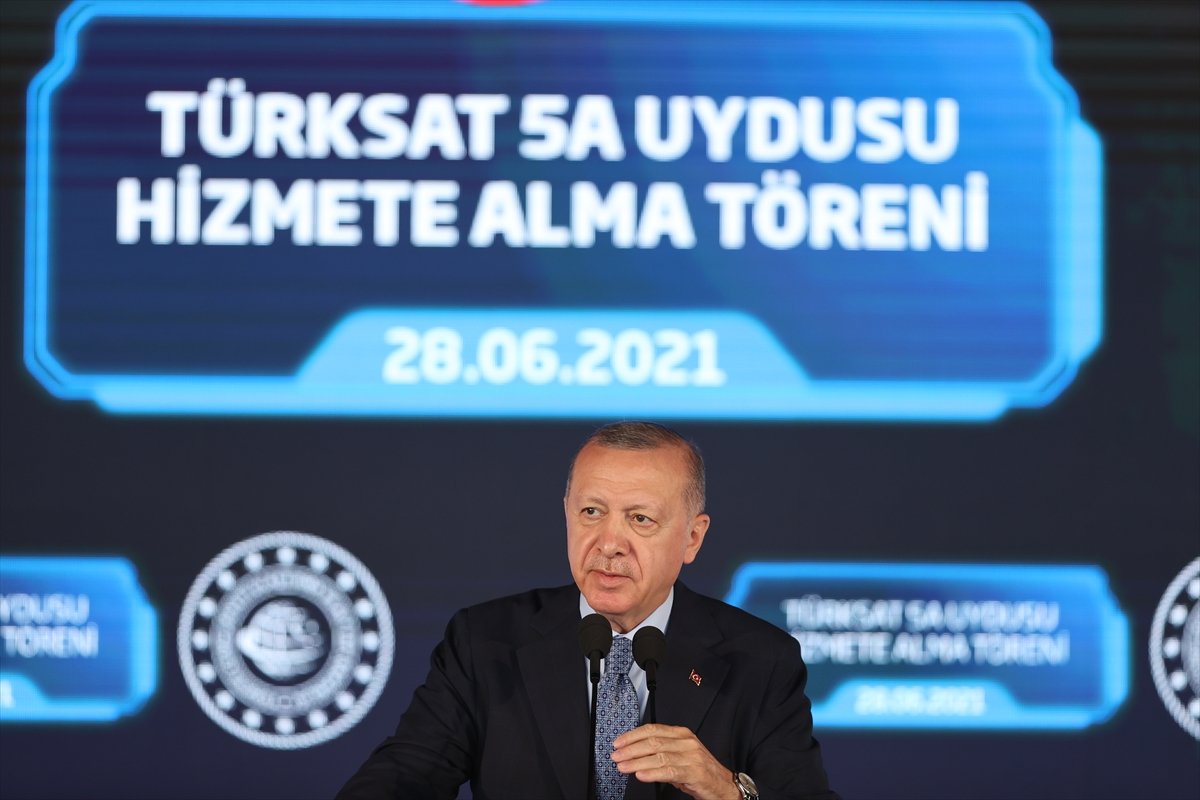 With Türksat 5A, Turkey will offer TV broadcasting services to Europe, the Middle East, and Africa, as well as data communication services to its entire coverage area.

The number of Turkey's active communication satellites in space has now reached four, alongside Türksat 3A, 4A, and 4B. The total number of active Turkish satellites in orbit, on the other hand, is seven, including the Gokturk-1, Gokturk-2, and Rasat observation orbiters.

The first signal from Türksat 5A was received 35 minutes after it was successfully launched into orbit by a Falcon 9 rocket taking off from the US East Coast.

Manufactured by Airbus with fully electric propulsion, Türksat 5A traveled over four months in space to reach its orbit, where it successfully completed in-orbit tests.