US space agency lacks proper spacesuit for two of its female astronauts who were set to work outside of their spacecraft on Friday.

The US space agency NASA has canceled a historic all-female spacewalk the first of its kind ever partly because of a lack of proper size spacesuits, the agency said Tuesday.

THERE ARE NO PROPER SIZE SPACESUITS

Astronauts Anne McClain and Christina Koch were scheduled to "walk in space" on March 29, however, "mission managers decided to adjust the assignments, due in part to spacesuit availability on the station," the NASA said in a statement. "McClain learned during her first spacewalk that a medium-size hard upper torso fits her best. Because only one medium-size torso can be made ready by Friday, March 29, Koch will wear it," the NASA said, adding that she will be joined by NASA astronaut Nick Hague. 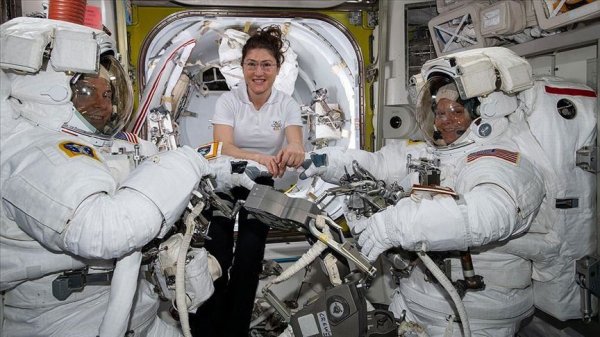 McClain conducted her first spacewalk on March 22 to become the 13th woman to perform an extravehicular activity. Koch will become the 14th on Friday.

The US and Russia have conducted 213 spacewalks with the Americans taking the lead with 160. Russian cosmonaut Svetlana Savitskaya became the first woman to walk in space on July 25, 1984. NASA named its first female astronauts in 1978, and women now make up about 34% of its astronauts.