Murat Kurum says Lake Salda will contribute to studies that may unveil mysteries of Jezero Crater on red planet.

"Lake Salda, which we will carry into the future preserving its natural state, will also shed light on a study has been exciting the science world, in addition to its unique structure and visual beauty," said Environment and Urbanization Minister Murat Kurum on Twitter.

Similarities between the lake, found in Burdur province, Turkey, and the Jezero Crater on Mars has captured the interest of the US National Aeronautics and Space Administration (NASA) in its research on possible life on the red planet.

Kurum's message came after another tweet by NASA saying: "No one has set foot in the [Jezero] crater, but we have some ideas of what to expect thanks to Lake Salda in Turkey."

"Like NASA, we are looking forward to the results of the study at Jezero Crater," Kurum added.

NASA announced Thursday that its Perseverance Mars Rover had touched down safely at the 28-mile wide depression thought to have been home to a large lake -- and perhaps microbial life -- according to the space agency. 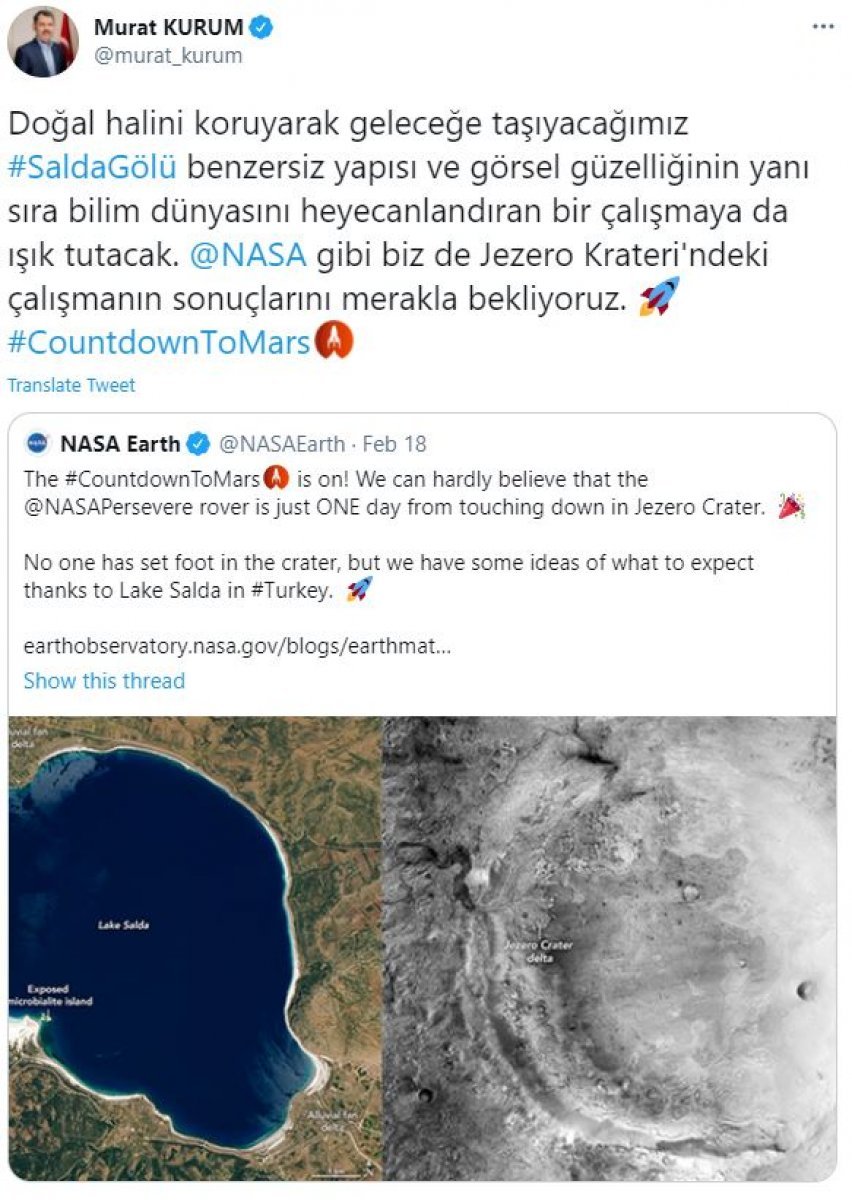