The new Tesla Roadster will be able to go from 0 to 60-mph in just 1.9 seconds, making it the “fastest production car ever” made.

Elon Musk made a surprise unveiling back in November 2017 when he presented the new Roadster, a sports car that he claims will be able to go from 0 to 60-mph in just 1.9 seconds, making it the “fastest production car ever” made but as per his latest tweet the car will be able to fly as well.

Tesla’s CEO had responded to a user on Twitter praising the advancements that the Tesla Roadster has made over the past six years. Musk replied by saying that the new Roadster “will actually do something like this.” 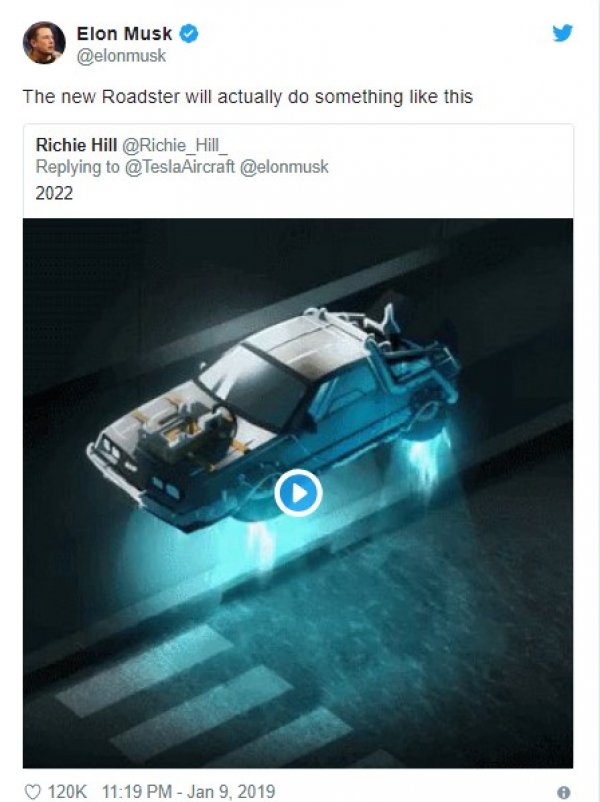 Famous tech reviewer Marques Brownlee also known as MKBHD wrote “The thing is I feel like you’re not joking”, to which Musk replied “I’m not. Will use SpaceX cold gas thruster system with ultra high-pressure air in a composite over-wrapped pressure vessel in place of the 2 rear seats.”