WH Press Secretary Sanders to leave at end of month

White House spokeswoman Sarah Sanders is leaving her position at the end of the month, President Donald Trump said Thursday.

SHE BECAME A POPULAR FIGURE AT TRUMP RALLIES

Sanders, who has worked with Trump since the early days of his unconventional run for office and became a national public figure in her own right, is the latest in a long line of senior advisers to leave the White House. 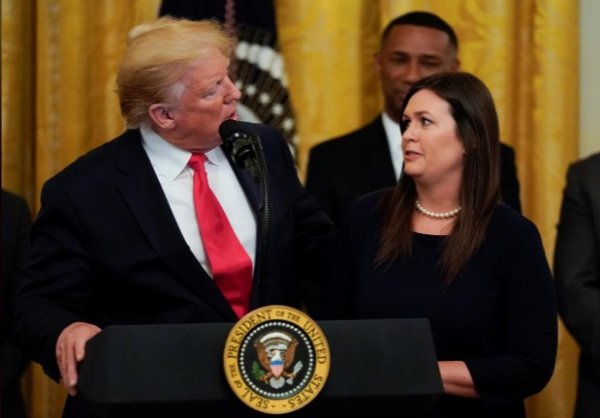 Sanders, 36, often compared the antics of the press corps to the behavior of her three young children and had largely backed Trump’s dismissal of the news media as “the enemy of the people.” She called the job “an honor of a lifetime” but said she was eager to spend time with her children, who are just getting out of school for the summer. 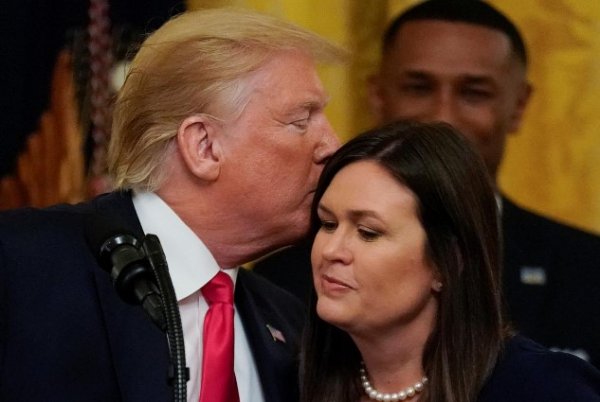 Trump’s first press secretary, Sean Spicer, resigned abruptly after six months, having become the butt of late-night comedy lampoons for his blustery and fact-challenged arguments for Trump. Sanders, who had been Spicer’s deputy, initially had a less combative approach with journalists. But her fiery defenses of her boss drew criticism.