French President made the statements after the summit of seven European Union Mediterranean leaders in Corsica.

The 7 EU members with Mediterranean coastlines, gathered for a summit in Corsica, France.

"WE WANT TO RE-ENGAGE IN GOOD FAITH"

Speaking at a news conference at the close of the summit, French President Emmanuel Macron said the favored option was still to restore dialog with Turkey. “We are not naive but we want to re-engage in good faith,” he said.

Macron's remarks came amid heightened tensions over the Eastern Mediterranean. 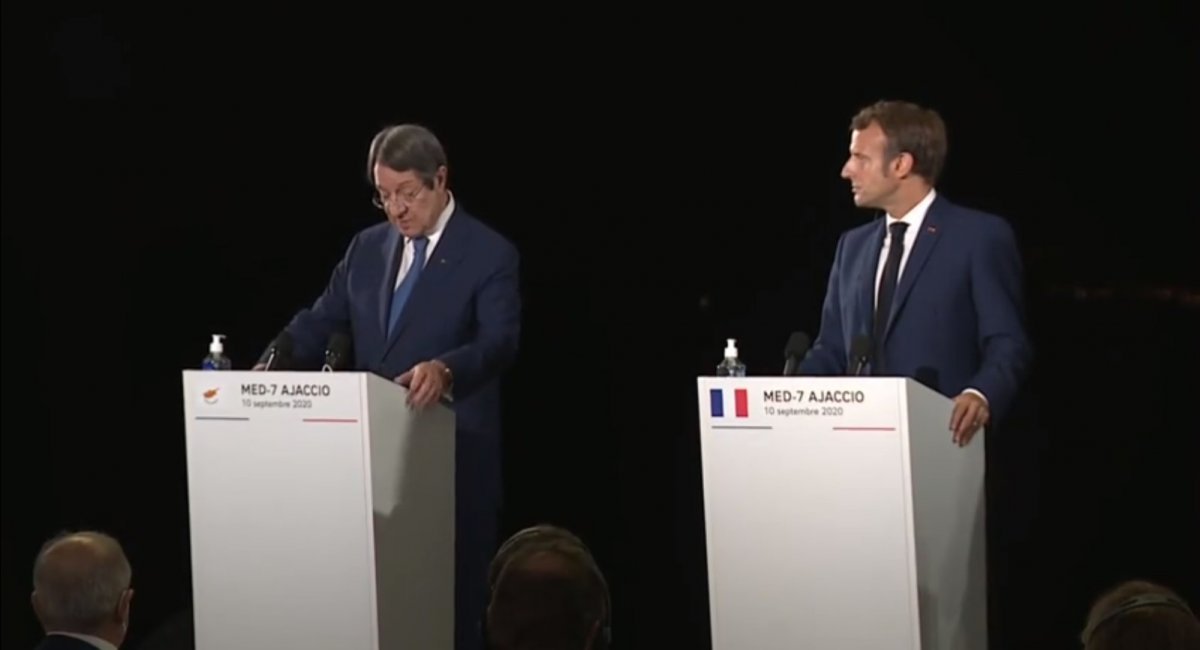 Macron on Thursday has said Europe must be "open and tough" with President Recep Tayyip Erdoğan government. “There should be a common attitude on Turkey. Europe should have a common policy on energy and strategic issues,” he has said ahead of Med7 summit.

Macron’s remarks have been slammed by Turkish spokesman Ömer Çelik. “The country against which you are using threatening language is Turkey. Turkey will give you the most appropriate response. Mr Macron, do not get us confused with those tribal states that you can easily trick. Nobody has the power to separate the elected president of this country and its people,” Çelik wrote.