US withdrawal is a ‘diplomatic victory’ for Erdoğan

The US withdrawal from Syria is “a diplomatic victory” for Turkish President Recep Tayyip Erdoğan, a French daily said on Thursday.

Le Monde, the daily, noted that the US pullout was announced a few days after a telephone call between the U.S. President Donald Trump and his Turkish counterpart Erdogan on Friday, Dec. 14. "It seems that the US president gave in to the pressures of Turkey’s number one," it added.

The daily also said that Turkey can launch operations against the YPG/PKK terror group in Syrian regions.

Last week, President Erdoğan said a counter-terrorism operation could begin "at any moment" east of the Euphrates River, stressing that Turkey would never allow a “terror corridor” to be established along its border. 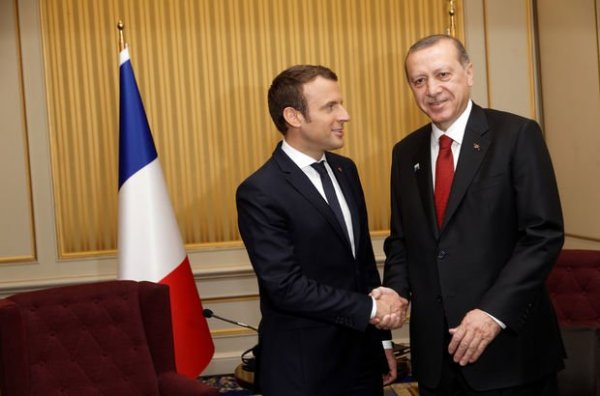 Notably, in late November, the US army fortified areas of northern Syria along the roughly 100-kilometer border with Turkey's southern Şanlıurfa province.

"We have started returning United States troops home as we transition to the next steps of this campaign," White House spokeswoman Sarah Sanders said in a statement.

Reports have suggested all State Department personnel would depart Syria within the next 24 hours while U.S. forces will leave within 60 to 100 days.