In an interview with Army Radio, Minister of Justice Ayelet Shaked issued statements over US withdrawal from Syria. "The US President is a great friend of Israel," Shaked said, "This step does not help Israel and strengthens Erdoğan,"

"THE KURDS ARE GREAT HEROES"

"The US withdrawal could lead to the transfer of more weapons to Lebanese Shi'ite terrorist group Hezbollah from Iran, but we will do everything we need to prevent Iran from gaining a foothold in Syria," the Jerusalem Post quoted the justice minister as saying. 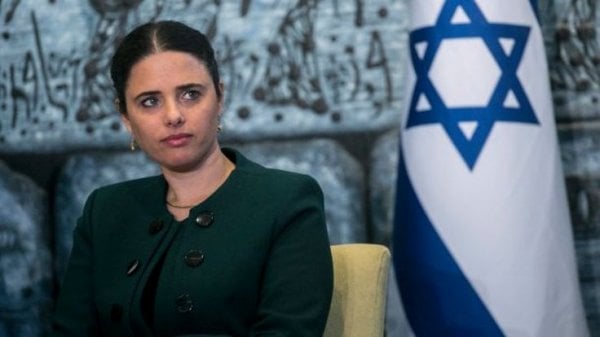 Shaked also stressed the probable adverse effect that the US withdrawal would mean abandoning Kurdish fighters in Syria, who fought alongside with the US against Daesh.

"The Kurds are great heroes," she said, "and because of them, the West succeeded in its fight against IS (Daesh). They are allies, and I hope that they will win in their battle against the Turks. I hope that the international community will prevent Erdoğan from massacring the Kurds."