US signs initial phase one trade deal with China

US President Trump maintained the tariffs would remain in place until a final deal with China is reached "because otherwise, we have no cards left to negotiate with."

The US and China signed a "phase one" trade deal Wednesday that marks a major milestone in the more than two-year trade war between the world's top two economies.

The agreement was signed by US President Donald Trump and Chinese Vice Premier Liu He during a White House ceremony attended by droves of government officials and business leaders.

"THE TRADE DEAL WILL BE GOOD FOR WHOLE WORLD"

Trump called the initial pact a "momentous step, one that has never been taken before with China" during marathon remarks in the East Room. 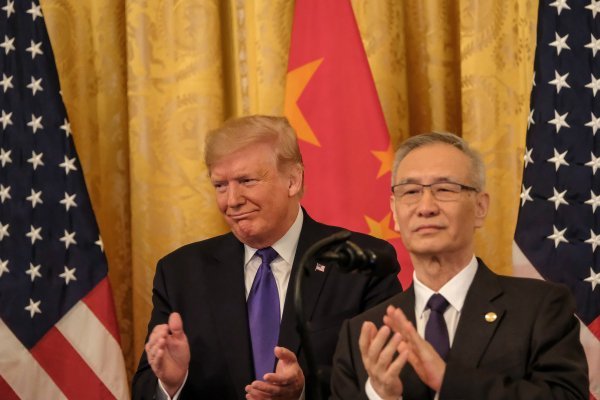 “For decades American workers, farmers, ranchers, manufactures and innovators have been hurt by the unfair trade with China,” Trump said, noting in particular what his administration has said is Beijing’s policy of forcing American firms to transfer technological know-how and trade secrets in order to conduct business in China. “Now our efforts have yielded a transformative deal that will bring tremendous benefits to both countries," he added. 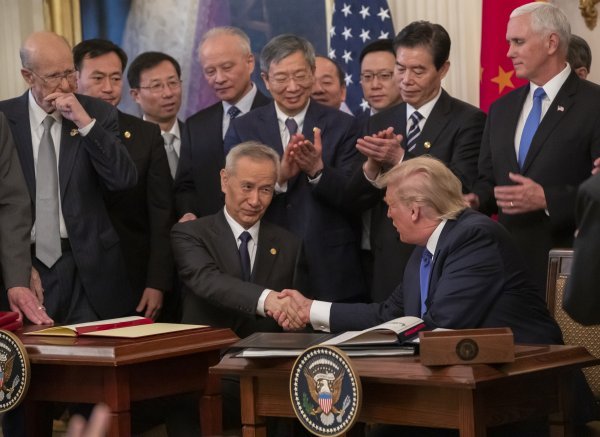 Chinese President Xi Jinping said in a letter read aloud by Liu that conclusion of the initial agreement "is good for China, the US and the whole world." "It also shows that our two countries have the ability to act on the basis of equality, and mutual respect, and work through dialogue and consultation to properly handle and effectively resolve relevant issues,” Xi, who did not attend the ceremony in person, said, noting that the focus for Washington and Beijing now shifts to implementation.

The US-China trade war has rattled global markets on fears it could spark a global slowdown.