Pompeo's visit comes only days after the US and Iran came to the brink of war last week after Tehran shot down an American surveillance drone over the Strait of Hormuz.

US Secretary of State Mike Pompeo arrived in Riyadh on Monday for talks with Saudi officials on tension with Iran.

The top US diplomat held talks with King Salman bin Abdulaziz in Jeddah on strategic relations between Washington and Riyadh and the latest regional and international developments, the official SPA news agency said.

Pompeo is expected to meet with Crown Prince Mohamed bin Salman later before heading to the United Arab Emirates (UAE) as part of his regional tour. 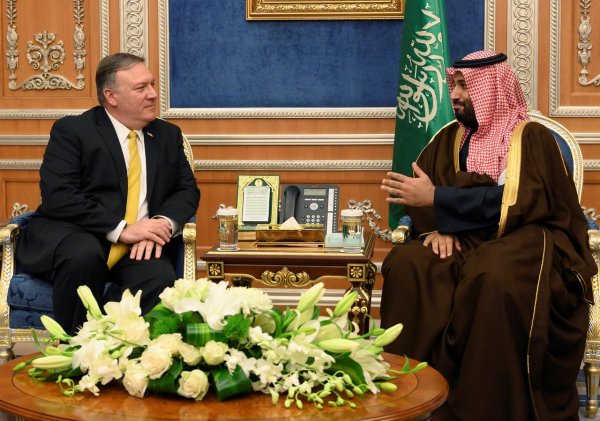 On Sunday, Pompeo announced he was leaving for the Middle East to meet allies in the region to form a "global coalition" against Iran. Pompeo mentioned that the US administration was ready for negotiations with Iran.

Tensions have been rising between the US and Iran since May 2018 when Washington unilaterally withdrew from a landmark 2015 nuclear deal between Tehran and the five permanent members of the UN Security Council plus Germany and the EU.