US Secretary: NATO must change

Mike Pompeo said that the organization could become obsolete if it cannot adapt to the issues of the modern world.

US Secretary of State Mike Pompeo said on Friday NATO must grow and change or risk becoming obsolete, a day after French President Emmanuel Macron said the alliance was dying.

German Chancellor Angela Merkel has rejected Macron’s comments, in an interview with British weekly The Economist, as “drastic” and Pompeo said on Thursday the alliance was perhaps one of the most important “in all recorded history”.

"NATO NEEDS TO GROW AND CHANGE"

But he acknowledged the need for NATO to evolve in a question-and-answer session after delivering a speech in Berlin on Friday, one day before the 30th anniversary of the fall of the Berlin Wall. “Seventy years on ... it (NATO) needs to grow and change,” he replied. “It needs to confront the realities of today and the challenges of today.” 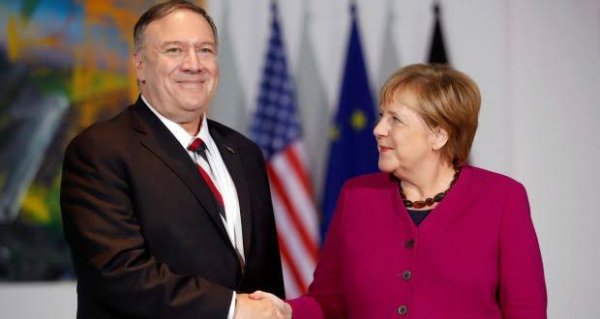 “If nations believe that they can get the security benefit without providing NATO the resources that it needs, if they don’t live up to their commitments, there is a risk that NATO could become ineffective or obsolete,” he said.

NATO was founded in 1949 to provide collective security against the Soviet Union and is preparing for a summit in London on Dec. 4.