Venezuela is under severe U.S. sanctions for more than a year as Washington recognizes the country's opposition leader Juan Guaido as the legitimate ruler instead of elected President Maduro.

The US has added 15 Venezuelan aircraft operated by state-owned oil company PDVSA, the latest in a series of measures targeting the Maduro government.

Pompeo said these aircraft were blacklisted because they have been involved in the "harassment of US military flights in Caribbean airspace or have been used to transport senior members of the illegitimate former [President Nicolas] Maduro regime, which continues to subject the people of Venezuela to brutal and dictatorial practices." 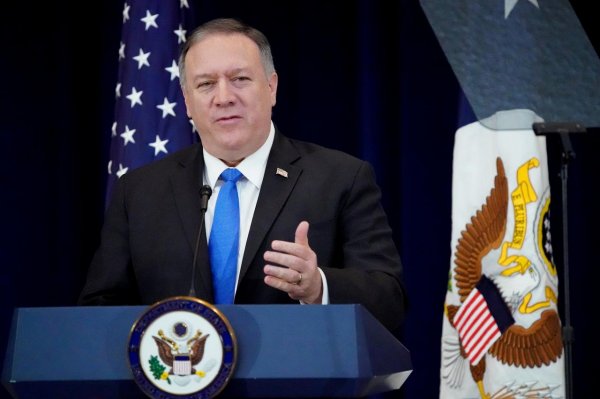 He notified the Americans by saying they may not transact with these aircraft -- includes chartering, contracting, refueling, or purchasing them -- except as otherwise authorized.

"This action furthers U.S. efforts to use targeted sanctions and steady diplomacy to end Maduro’s attempts to usurp power, and to support a Venezuelan transition to democracy, including free and fair presidential elections," Pompeo added.