US adviser Bolton insists threat from Iran is not over

The threat from Iran is not over but quick action from US has helped deter it, White House National Security Adviser John Bolton said on Thursday.

The US military has sent forces, including an aircraft carrier and B-52 bombers, to the Middle East in a move that US officials said was made to counter “clear indications” of threats from Iran to American forces in the region.

“I don’t think this threat is over, but I do think you can make at least a conditional claim that the quick response and the deployment and other steps that we took did serve as a deterrent,” Bolton told reporters during a visit to London.

Asked whether he was at odds with President Donald Trump, who said earlier this week that the US was not looking for regime change in Iran, he said: "The policy we’re pursuing is not a policy of regime change. That’s the fact and everybody should understand it that way." 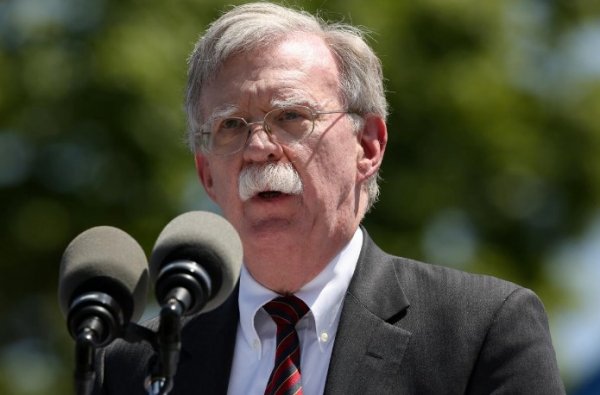 Bolton said there was some prospect that evidence Iran was behind attacks this month on oil tankers in the Gulf would be presented to the United Nations Security Council next week.

“I don’t think anybody who is familiar with the situation in the region, whether they have examined the evidence or not, has come to any conclusion other than that these attacks were carried out by Iran or their surrogates,” he said.