Boris Johnson will tell Germany’s Merkel and France’s Macron that there must be a new Brexit deal when he makes his first trip abroad.

UK PM Boris Johnson called on France and Germany on Monday to change their position on Brexit and negotiate a new exit deal for Britain.

With Britain is set to leave the bloc on Oct. 31, it has less than 74 days to resolve a three-year crisis that is pitting the country against the EU, and parliament against the executive.

"I HOPE THEY WILL SEE FIT TO COMPROMISE"

"We will be ready to come out on Oct. 31 - deal or no deal," Johnson told reporters in Truro, southwest England. "Our friends and partners on the other side of the Channel are showing a little bit of reluctance to change their position - that’s fine - I am confident that they will," he said. 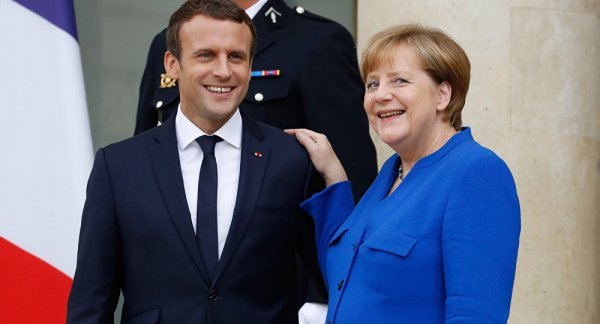 Asked specifically about meetings scheduled this week with German Chancellor Angela Merkel and French President Emmanuel Macron, he said: "I hope they will see fit to compromise."

Johnson took office last month after his predecessor, Theresa May, failed three times to get parliament to approve the withdrawal deal she had negotiated with the EU.