British Prime Minister Theresa May had told members of Parliament that she will resign as prime minister if her Brexit deal passes.

British lawmakers failed late Wednesday to back any of the eight options put forward as alternatives to Prime Minister Theresa May’s Brexit deal, deepening the chaos around the country’s departure from the European Union.

MAY HAD SAID SHE WOULD RESIGN

The non-binding voting was held after MPs voted Monday to take control of the Brexit agenda. A motion asking the country to leave the EU without a deal on April 12 has been heavily defeated as 400 MPs voted against it and only 160 supported it. Another motion which was seeking a “standstill” agreement with the EU while negotiating a trade deal if no withdrawal agreement was agreed on also saw a heavy defeat in a 139 to 422 vote. 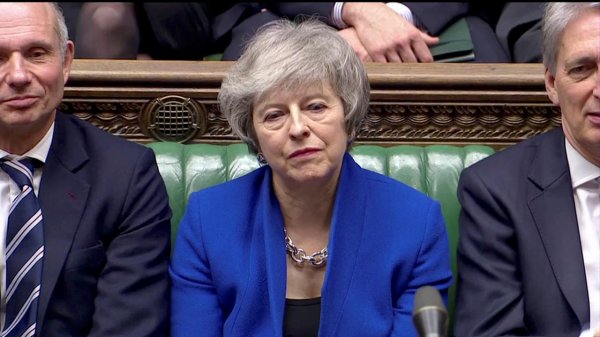 Meanwhile, a motion prompting a confirmatory public vote on any withdrawal agreement was defeated in a 268 to 295 vote, receiving more support than May ever did for her Brexit deal. Other motions offering various Brexit models and strategies were also rejected by British lawmakers in Wednesday’s vote, resulting in a failure in the House of Commons to indicate any direction for Brexit.

The voting came on a day that May told a group of Conservative MPs that she would resign once her Brexit deal is approved in a bid to win greater support to pass the deal in parliament this week.

May is expected to bring her deal back to the House of Commons for a third “meaningful vote” on Friday, according to local media reports. “We will only seek to bring back a meaningful vote when we believe we have a realistic prospect of success,” said a government spokesperson. 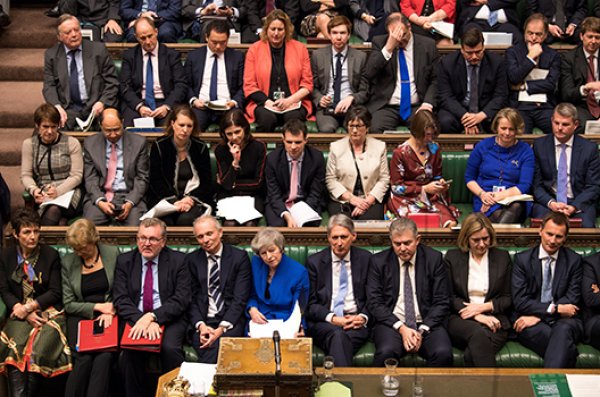 However, the de facto partner of the government, the Democratic Unionist Party (DUP), said in a statement that they would not support the deal, as it is against the union of the UK with its backstop clause.

The new options put forward now include a general election as parliament has not been able to form any consensus on any of the options after a highly likely outcome of requesting a longer extension from the EU.