In his tweet, Trump accused Democrats of trying to steal the election, said: Votes cannot be cast after the Polls are closed!”

US President Donald Trump accused Democrats of trying to "steal" the election early Wednesday, saying his administration would "never" allow this to happen.

"We are up BIG, but they are trying to STEAL the Election. We will never let them do it. Votes cannot be cast after the Polls are closed!" Trump tweeted, echoing months of the president’s claims that the election was being rigged. 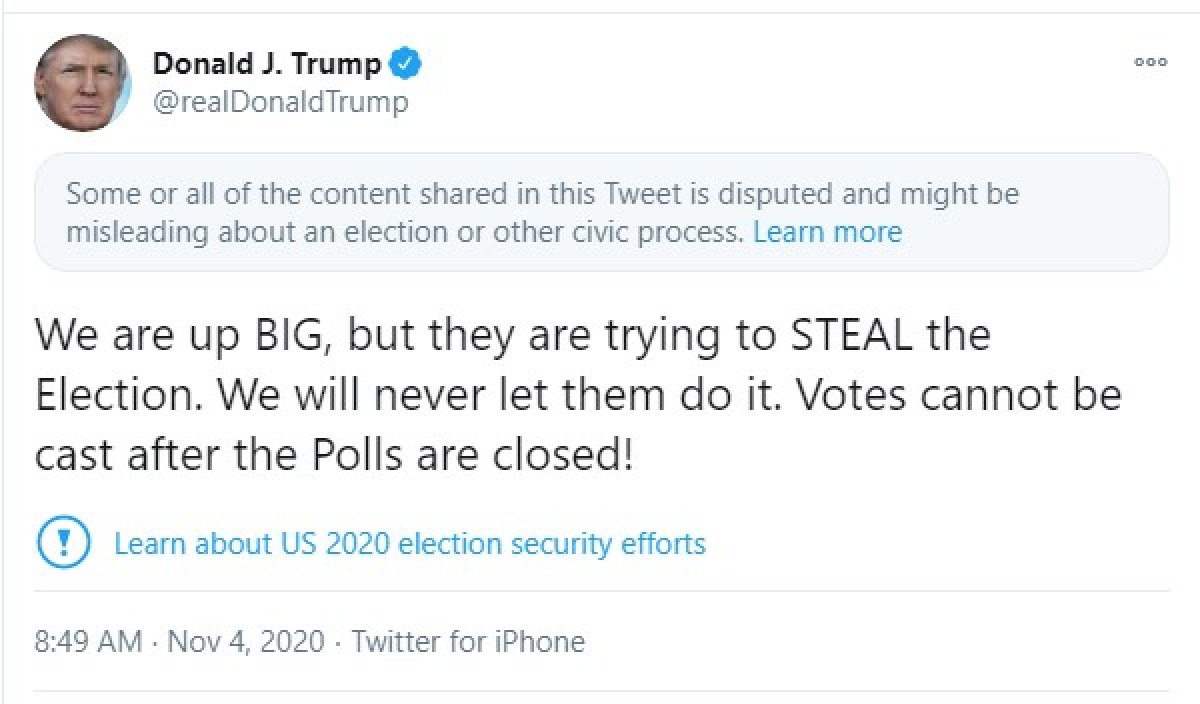 Election observers have cautioned against early projections of a winner, as many early and mail-in ballots have yet to be counted.

Trump also announced in an earlier tweet that he "will be making a statement tonight" and added: "A big WIN!" appearing to cast doubt on his Tuesday pledge that he would not be announcing a victory prematurely.

Biden is currently leading Trump 223-212 in the Electoral College count, which officially determines who will be the next US president.