Turkish President Recep Tayyip Erdoğan said he will pay a return visit to the UAE in February with a large delegation.

"We had a meeting with (Abu Dhabi Crown Prince Sheikh) Mohammed bin Zayed Al Nahyan in 2011. After that, we went through some different periods, but we did not completely break away. At least, the intelligence agencies continued their talks with each other. Meanwhile, our trade relations have also continued," Erdoğan told reporters Sunday on the plane returning from a trip to Turkmenistan's capital Ashgabat.

A NEW ERA BETWEEN TURKEY, UAE

Hailing the visit by the Abu Dhabi crown prince, the Turkish president said the signed agreements are cordial steps that will launch a new era between Turkey and the United Arab Emirates, making it permanent. 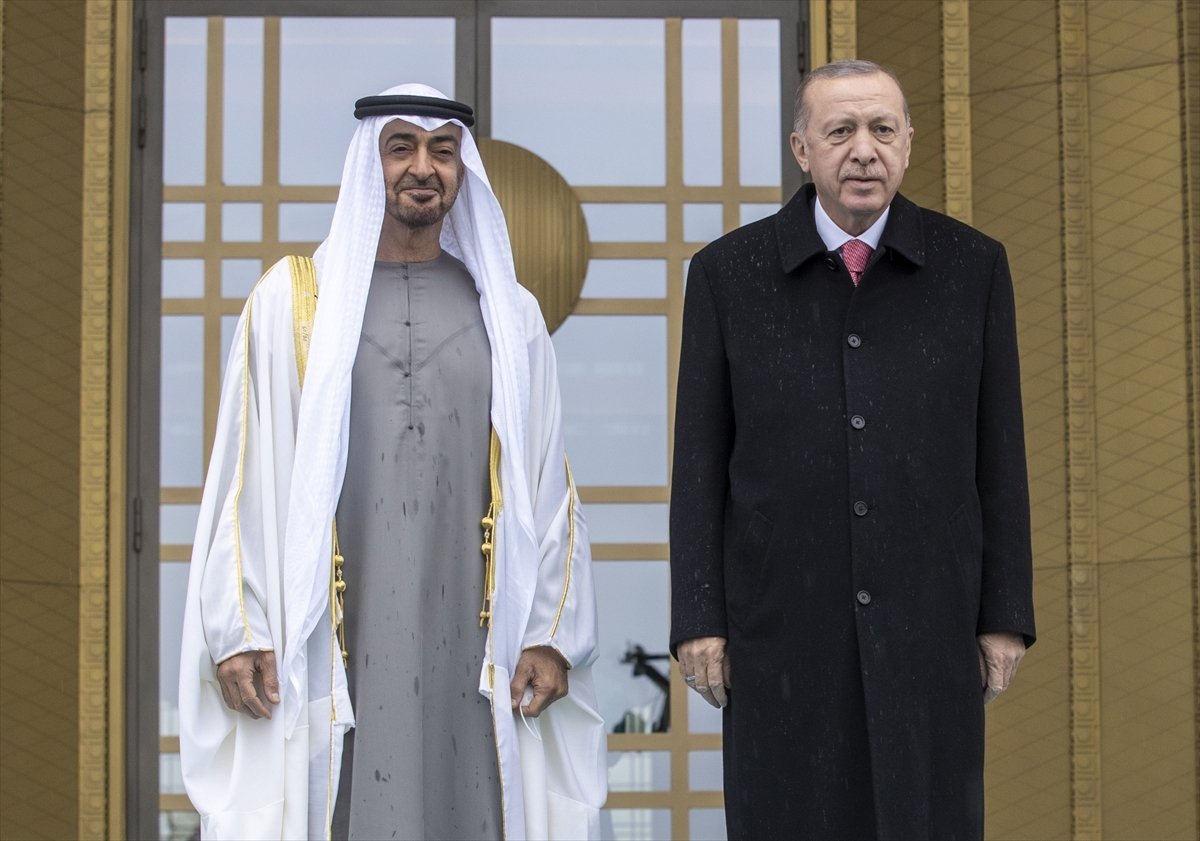 A RETURN VISIT IN FEBRUARY WILL TAKE PLACE

Noting that he will make "a return visit in February" to the UAE, Erdoğan said that prior to his visit, Turkish Foreign Minister Mevlüt Çavuşoğlu and head of National Intelligence Organization Hakan Fidan will also visit the country.

"Then in February, I hope, I will go with a large delegation and we will take some strong steps. They (UAE) presented a $10 billion investment plan. By putting this investment plan into practice, we will build a very different future," he added. 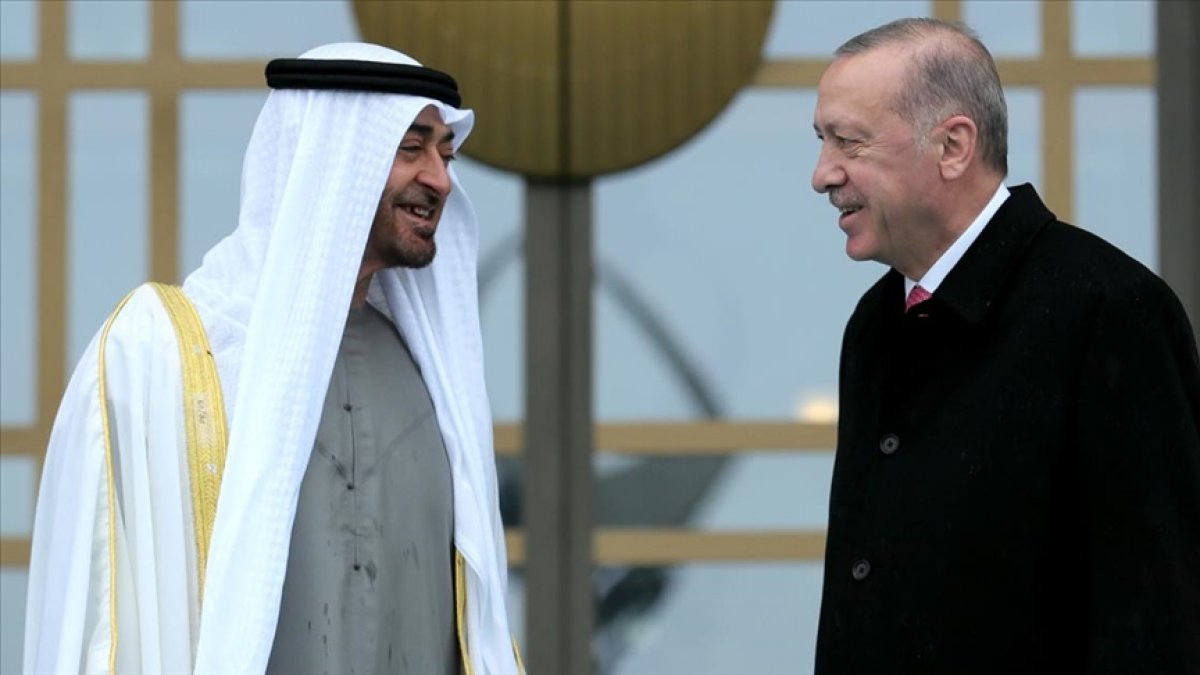 On ties with Israel and Egypt, Erdoğan said the appointments of ambassadors will be set on a certain calendar once Turkey decides on the course of relations with the countries.

In some of these countries, steps have been taken at the charge d'affaires level, he said, noting: "There is no ambassador, but there is a charge d'affaires. We will be taking steps gradually based on a certain calendar. We will take similar steps with others, just as we have taken with the United Arab Emirates."