Turkic Council has gained global reputation enough to be dubbed as an international organization, says Erdoğan.

It is important that we continue to stand by Azerbaijan by all means for the protection and revival of Turkish works in Karabakh, Turkey's President Recep Tayyip Erdoğan said at the meeting of the Turkic Council, adding: "It is our hope that we will celebrate another festival in Shusha as soon as possible when we visit it after Eid al-Fitr."

Addressing the meeting of the Turkic Council via video link at Vahdettin Pavilion in Istanbul, Erdoğan said that 63 out of 67 mosques in Nagorno-Karabakh were destroyed. He added that churches in the region were also damaged.

Erdoğan congratulated his Azerbaijani counterpart Ilham Aliyev for their victory in Nagorno-Karabakh. 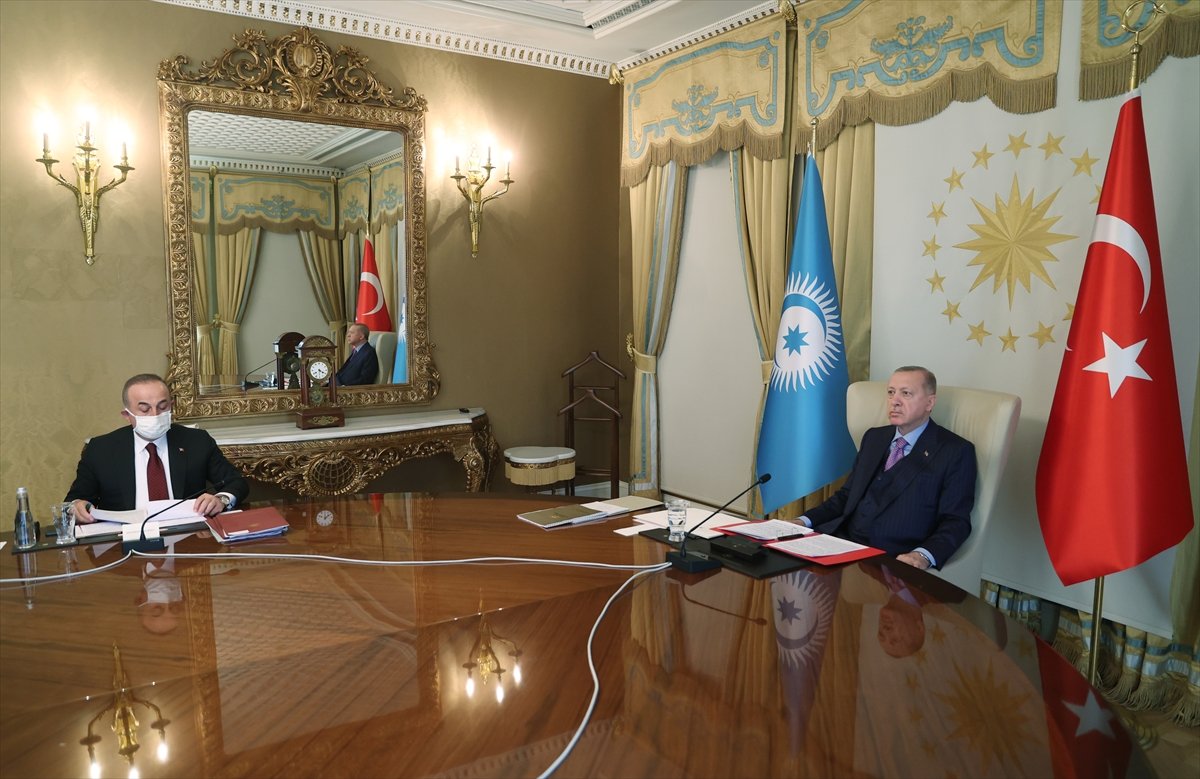 He said the cooperation groups gained more importance in the face of the changes the world has been experiencing.

The Turkic Council has gained global reputation enough to be dubbed as an international organization, the Turkish president said on Wednesday.

"The Turkic Council, which has completed its institutionalization in 12 years, has a high international reputation. I believe that it is time to entitle it an international organization," he said.

The 8th summit of the Turkic Council is planned to be held in Istanbul on Nov. 12, 2021 depending on the coronavirus pandemic situation, Erdoğan said.