Addressing a youth forum in Istanbul on Wednesday, Turkey's president called on Muslims to raise their voice on against injustices they witness.

"Muslims should take responsibility for their own peace and well-being, as well as for the security and future of all humanity, and raise their voices against the injustices they witness," Recep Tayyip Erdoğan said in his video message to the Islamic Cooperation Youth Forum (ICYF)'s 4th General Assembly being.

'ONE OF THE MOST TURBULENT TIMES IN HUMAN HISTORY'

Noting that the world is witnessing one of the most turbulent times in human history, Erdoğan said that security problems, terrorist activities, and the coronavirus outbreak prevented longed-for peace.

"Muslims struggling with conflicts, migration, poverty, and disease in a wide geography from Syria to Afghanistan, on the other hand, have to struggle with rising Islamophobia and cultural racism, especially in Western society," he said. 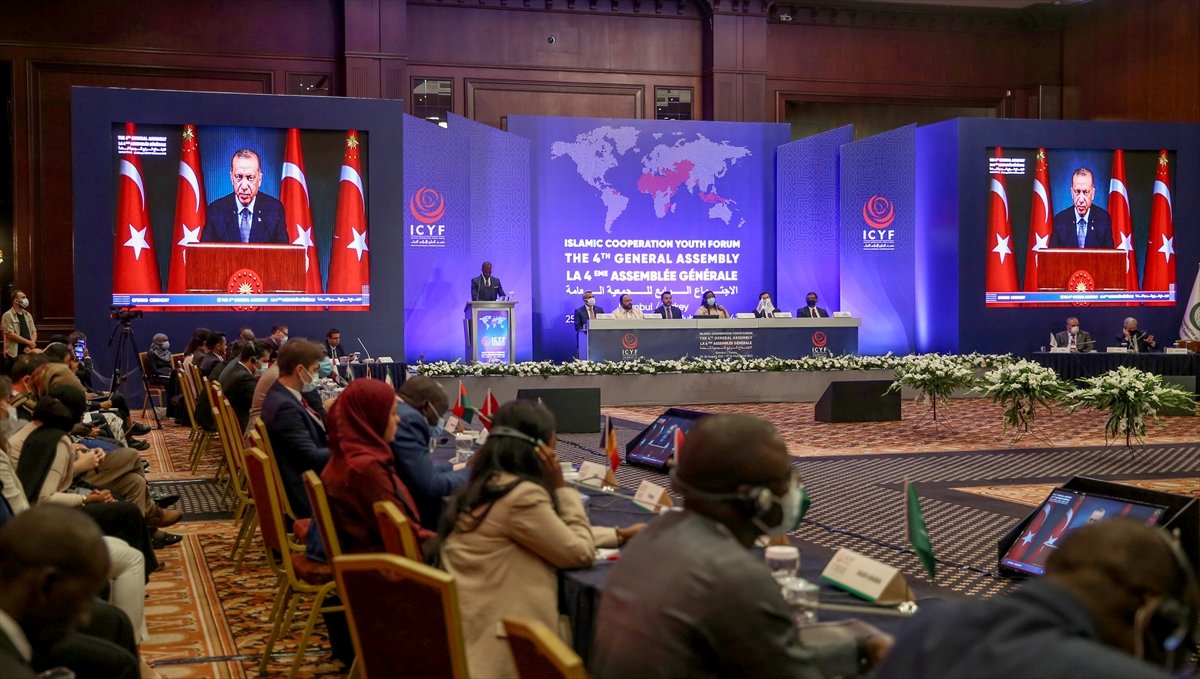 'THE WORLD IS BIGGER THAN FIVE'

Citing one of his long-held maxims that "the world is bigger than five," in reference to the five permanent members of the UN Security Council in a call to reform the body, Erdoğan said Turkey draws attention to global injustice at every opportunity.

"I expect you not to allow anyone to come between us and divide you over ethnic, sectarian, or cultural differences," he said.

ISSUES TO BE DISCUSSED