Turkish parliament's foreign affairs committee on Thursday approved the bill on the historic Shusha Declaration signed by Turkey and Azerbaijan on June 15, 2021.

He said that Turkey and Azerbaijan signed various titles in the military and other fields, adding that the two countries expanded the scope of joint military exercises.

"We view our relations with Azerbaijan as a historical and legal responsibility," he noted. 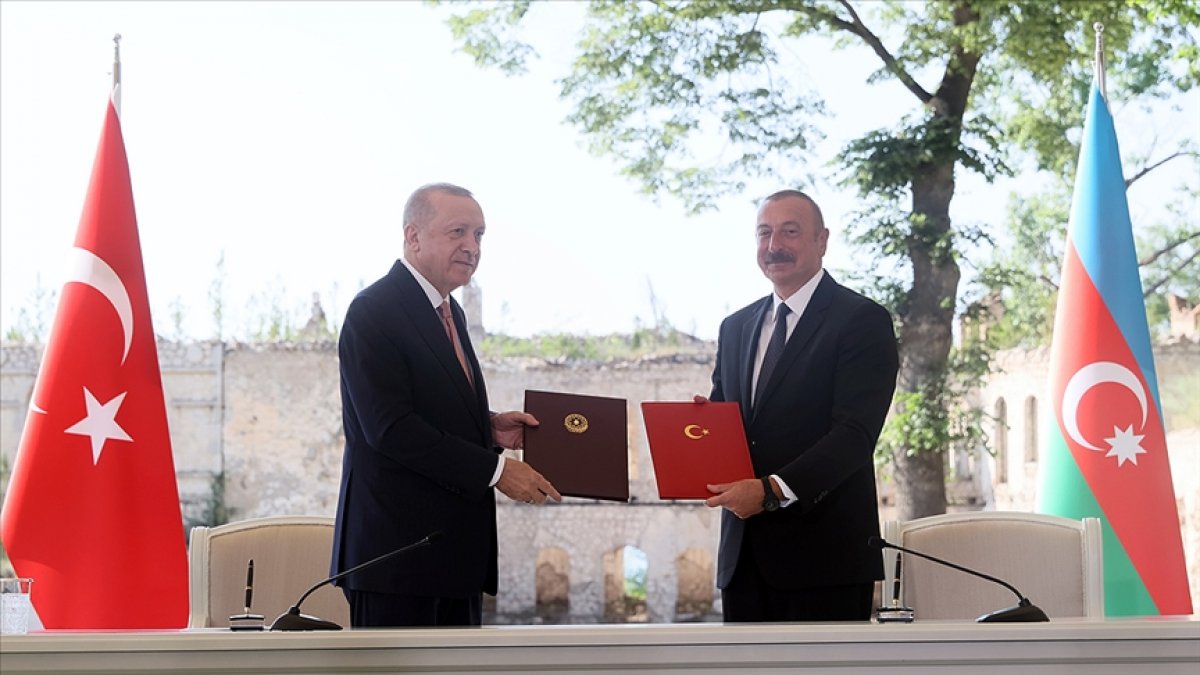 The event was attended by Turkish President Recep Tayyip Erdoğan and Azerbaijani President Ilham Aliyev, who met in the historic city of Shusha, which was liberated in November 2020 from nearly 30 years of Armenian occupation.

The declaration affirms joint efforts by the two armies in the face of foreign threats and the restructuring and modernization of their armed forces.

Turkey was a key backer of Azerbaijan during the 44-day Karabakh war between Azerbaijan and Armenia, which erupted on Sept. 27, 2020 and ended with a Russian-brokered cease-fire on Nov. 10.