Noting that Turkey is continuing to fight the coronavirus pandemic and initiated a controlled and gradual normalization, Erdogan said the country’s vaccination drive is being carried out swiftly and successfully.

“Against this background, the tourism season looks likely to open in April,” he said.

Turkey has pioneered the use of certification standards for travel and tourism facilities to enable safe travel.

Erdogan also urged the European Union to provide financial and technical support for Syrians who want to voluntarily leave Turkey to return home.

Turkey hosts 4 million Syrian refugees, more than any country in the world.

It has also carried out cross-border operations against terrorists in Syria, in part to create a safe zone and enable the resettlement of Syrians who want to go home. 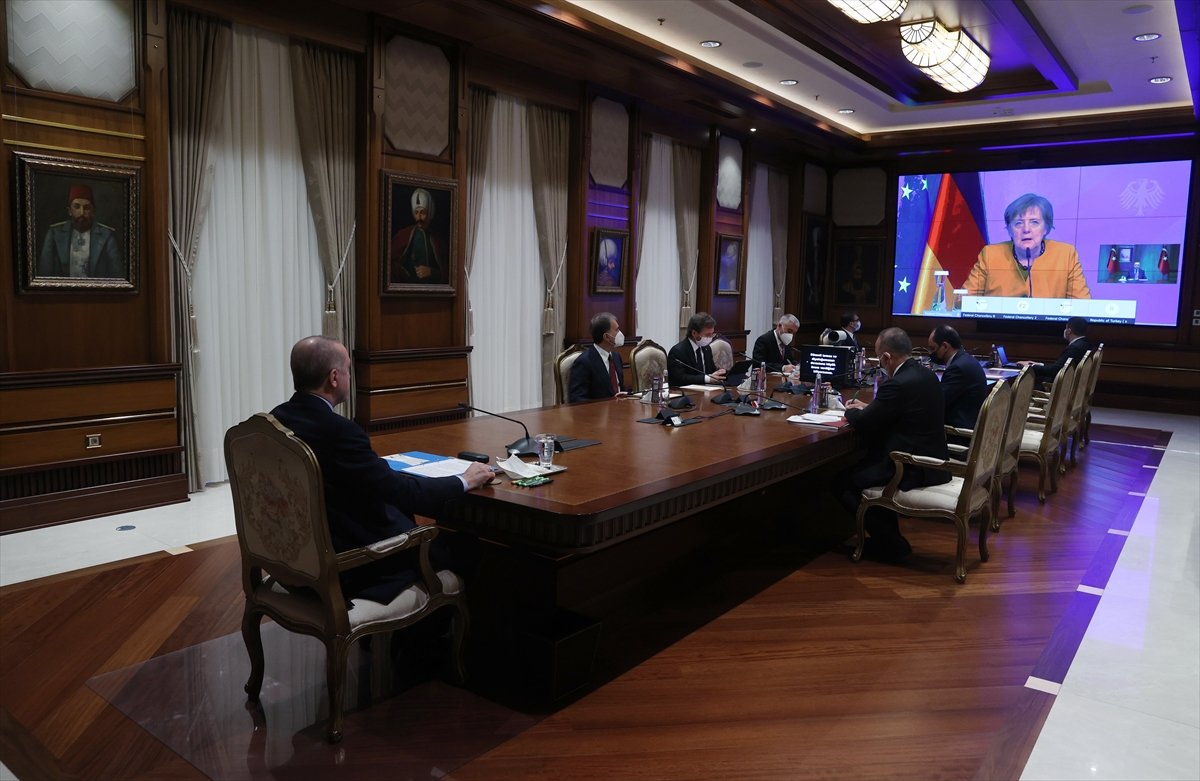 On regional developments, Erdogan said Turkey has been pursuing a constructive approach to problems in the Eastern Mediterranean and Aegean.

Turkey, which has the longest continental coastline in the Eastern Mediterranean, has rejected the expansive maritime boundary claims by Greece and the Greek Cypriot administration, stressing that these claims violate the sovereign rights of Turkey and the Turkish Cypriots.

On Libya, Erdogan said: “It is important that the new government in Libya wins its vote of confidence and takes office as soon as possible.”

On Oct. 23, the UN announced a permanent cease-fire agreement between Libya’s warring rivals.

Libya has been torn by civil war since the ouster of late ruler Muammar Gaddafi in 2011.

Turkey supports the UN-recognized Government of National Accord (GNA) based in the capital Tripoli, as well as a peaceful resolution to Libya's problems.

"The chancellor reaffirmed the importance of a comprehensive and constructive relationship between the EU and Turkey," he said, and that they agreed on the need for full support from inside and outside the country for the establishment of a government in Libya under the leadership of Abdul Hamid Dbeiba.

Noting that Merkel underlined that disputed issues in the Eastern Mediterranean can only be resolved through dialogue and based on international law, he said the chancellor welcomed the announcement that UN-mediated informal talks on Cyprus would begin soon.