Turkey’s vice president Fuat Oktay on Monday warned the international community against the deceptive victimization campaign by FETO, the terror group behind a defeated 2016 coup in Turkey.

“The perception of victimization and image which FETO terrorists try to create is very deceptive,” Fuat Oktay told a high-level session at an International Labor Organization (ILO) summit in Geneva. Oktay said some structures tied to FETO established themselves as trade and civil servant unions before the “heinous coup attempt.” 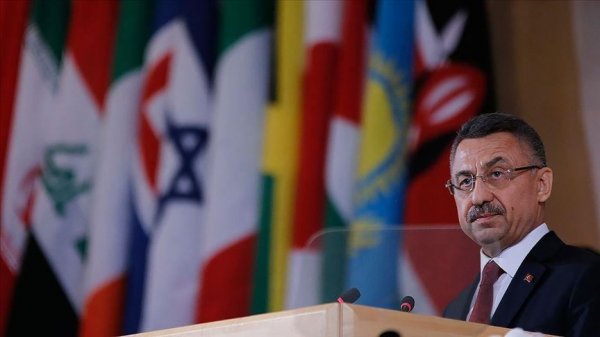 “In order to fight this, it is very crucial to know the working methods of this criminal organization, which tried to overthrow the elected government and president and the constitutional order in Turkey and left behind 251 innocent citizens killed, and wounded more than 2,000,” he explained.

Oktay said the closure of such institutions “should not be allowed to be used to exploit Turkey on international platforms.” He also called on the international community to approach “impartially” the termination of labor contracts of FETO members who have infiltrated public institutions. “Judicial processes continue in the independent and impartial judiciary, and international institutions should respect its decisions,” he said.