Erdoğan says they 'regard every attack on places of worship and on Muslims, as attacks made on us.'

Turkey’s President in a statement early Sunday urged the world to take effective action against Israeli attacks on Al-Aqsa, Jerusalem and Palestinian homes.

“Jerusalem is the world itself. And the Muslims there are humanity itself,” Recep Tayyip Erdoğan said on Twitter.

He said that protecting the honor and dignity of the holy city of Jerusalem was the duty of every Muslim.

"We regard every attack on places of worship, chiefly Al-Aqsa, and on Muslims, as attacks made on us," he said. "It is the duty of every individual who calls themselves a human being, to oppose tyrants that defile Jerusalem, home to the sacred for the three religions."

He underlined that remaining silent or not taking a significant stand against the attacks by the state of Israel "is no different than supporting them" and "is accessory to the tyranny going on Palestinian lands." 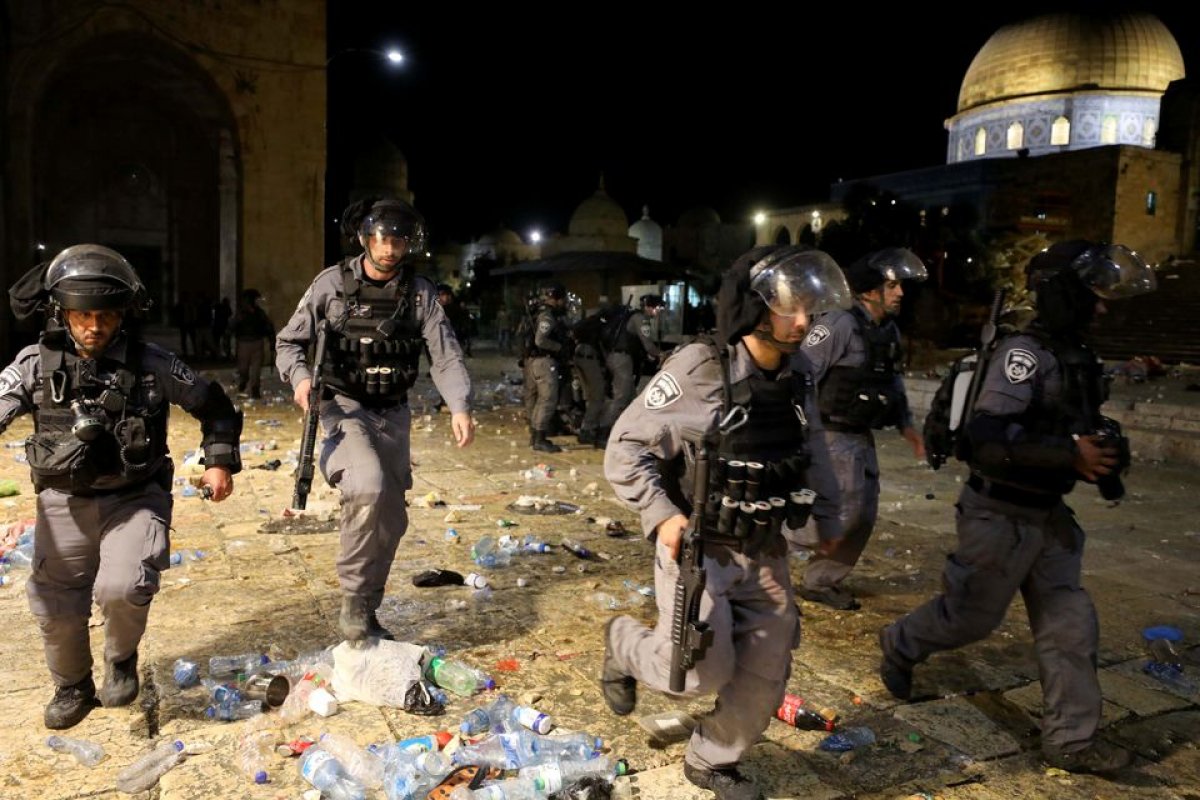