Turkey’s communications director says 'Does the US have not any reaction to these massacres and terrorist acts?’

"Massacring civilians. Forcing Palestinians to leave their homes and occupying their lands. Attacking mosques. Murdering innocent children. Since when are all those atrocities considered self-defense?" Fahrettin Altun said on Twitter.

"Does the US have not any reaction to these massacres and terrorist acts?" he said.

Tensions have been running high in the Sheikh Jarrah neighborhood of East Jerusalem since last week, when an Israeli court ordered the eviction of Palestinian families, which was later delayed. 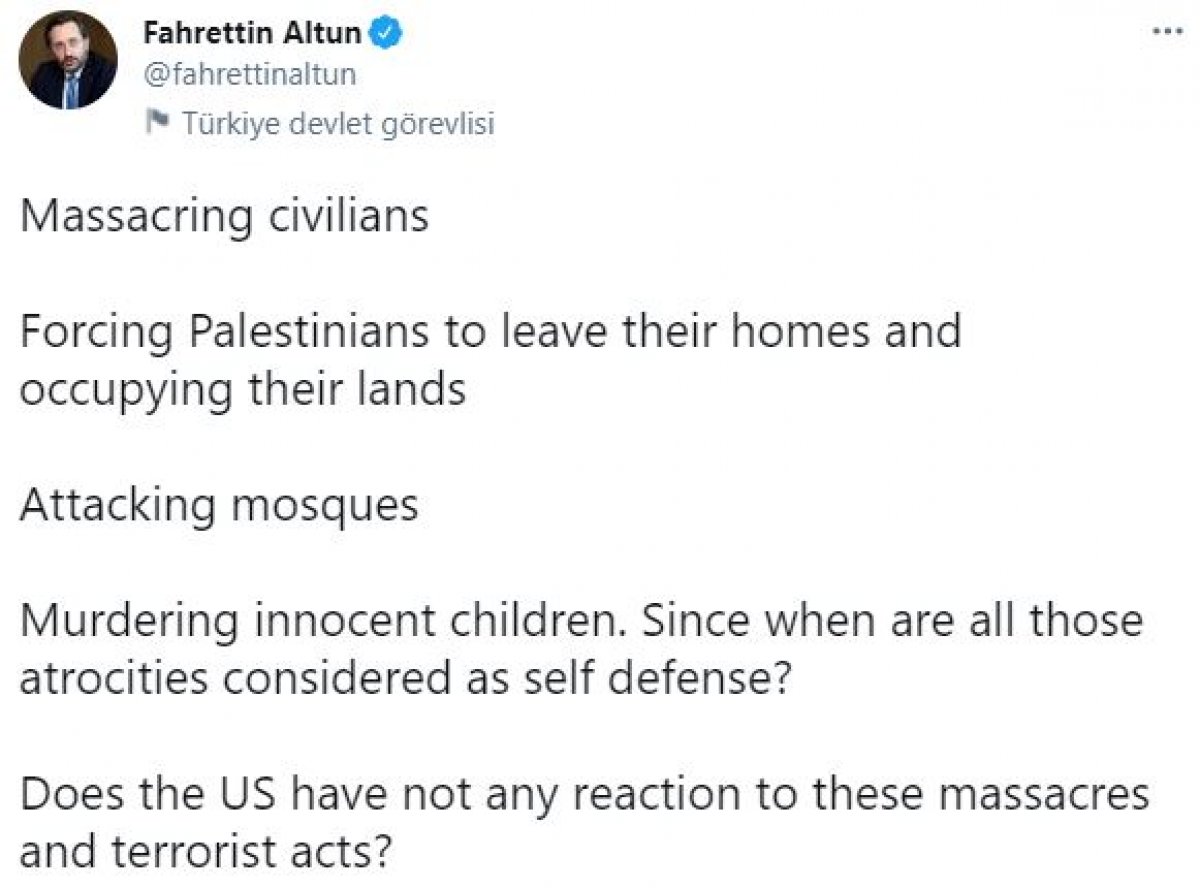 Palestinians protesting in solidarity with residents of Sheikh Jarrah have been targeted by Israeli forces.

The escalation resulted in airstrikes by Israel on Gaza, which has left scores of people dead and hundreds of others wounded. ​​​​​​

Israel occupied East Jerusalem during the 1967 Arab-Israeli war and annexed the entire city in 1980 – a move that has never been recognized by the international community.