Turkey condemned the European Parliament on Wednesday for holding an event attended by some of the ringleaders of the PKK terror group and its supporters.

Turkey strongly condemned the "unofficial event, which also ignores the principle of fighting terrorist organizations without discrimination," the Turkish Foreign Ministry said in a statement.

In the scandalous event organized by the European Parliament, terrorist propaganda was spread by ringleaders of the PKK terror group and its supporters and heinous threats were made against Turkey and President Recep Tayyip Erdogan, the statement said.

"WE INVITE EU TO STAND FIRM AGAINST TERRORISTS"

Meanwhile, Turkey's presidential spokesman said early Thursday on Twitter that "it is an embarrassing scandal that a blind eye was turned to the open spreading of terrorist propaganda and Turkey and President Erdogan were insulted at a conference organized by the European Parliament." 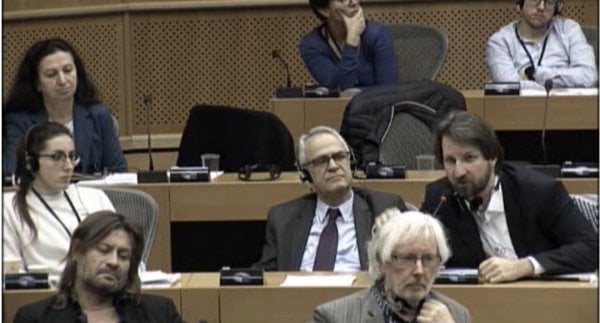 By "opening its doors to the PKK, which the European Union has recognized as a terrorist organization, the European Parliament openly supports terrorism and commits an offense," Kalin underlined.

Some ringleaders of the terrorist organization in Europe -- Adem Uzun, Remzi Kartal and Zubeyir Aydar, who are in the red category of Turkey’s wanted terrorist list -- attended the conference.