Turkey has taken all measures against possible hostile moves or threats, country’s minister of national defense said on Sunday, referring to threats by the spokesman of Khalifa Haftar’s forces in Libya.

"THEY WILL BE RESPONDED WITH THE HARD MANNER"

"The price of hostile attitudes or attacks will be heavy, they will be responded with the most efficient and hard manner," Hulusi Akar told Anadolu Agency in Osaka city of Japan, where he was part of Turkish president’s delegation in G20 Leaders’ Summit.

Akar said that Turkey focused on Libya's territorial integrity, sovereignty, people's peace and happiness and the national consensus spirit in the country; however, it would not turn a blind eye towards threats. 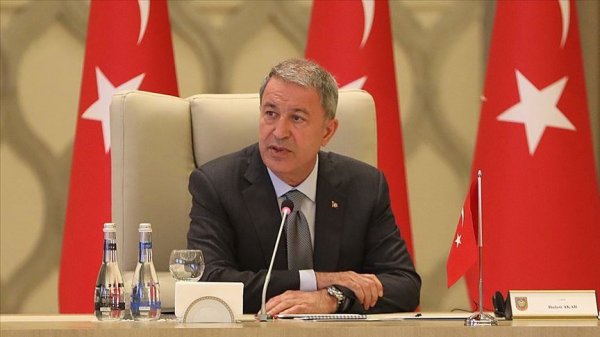 Minister of national defense emphasized that Turkey would always be part of peace and stability efforts in line with the international law to resolve disputes between conflicting elements of Libya.

Earlier on Friday, Haftar's spokesman Ahmed al-Mismari announced a ban on commercial flights from Libya to Turkey and ordered his forces to attack Turkish ships and interests in the country.