Greek Prime Minister Alexis Tsipras has called for a snap election following the defeat of his party at the European Parliament elections.

"I WILL IGNORE OR QUIT"

Results showed his party trailing by up to nine points behind the opposition New Democracy party. Under normal circumstances, Tsipras’s mandate ends in October. 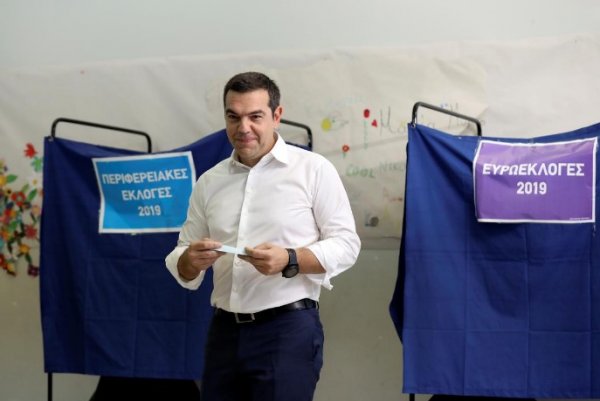 In a speech Tsipras said he would meet with the Greek President to discuss calling elections immediately after the conclusion of a second round of local Greek elections scheduled for next week. Tsipras said from the SYRIZA party offices that “the result does not rise to our expectations ... I will not ignore it or quit.”