US officials acknowledged doubts about Trump's intentions but appealed to Palestinians who refuse to talk about the economy before politics.

A US-led conference on its back-channel Middle East peace plan "deal of the century" kicked off in Bahrain on Tuesday.

"THE OPPORTUNITY OF THE CENTURY"

During the two-day event, US officials are expected to unveil the economic portion of their peace plan.

During his opening speech, Jared Kushner, Donald Trump’s senior White House adviser and son-in-law described the peace plan as "the opportunity of the century" and not just the "deal of the century". He asserted that the US officials have prepared the largest economic plan for Palestinians and the Middle East. 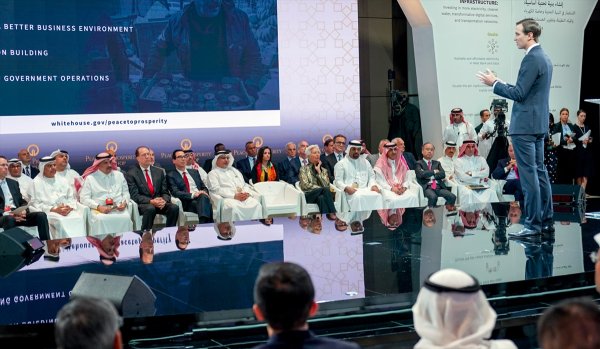 Trump's adviser gave a preliminary presentation of the details of his economic plan as a prelude to peace but did not address the issue of the rights of return of Palestinians. He asserted that Trump will not let Palestinians down and the economic plan includes investments in Egypt, Lebanon and Jordan. Kushner stated that the economic plan would lead development and create one million jobs and reduce unemployment by about 10 percent. 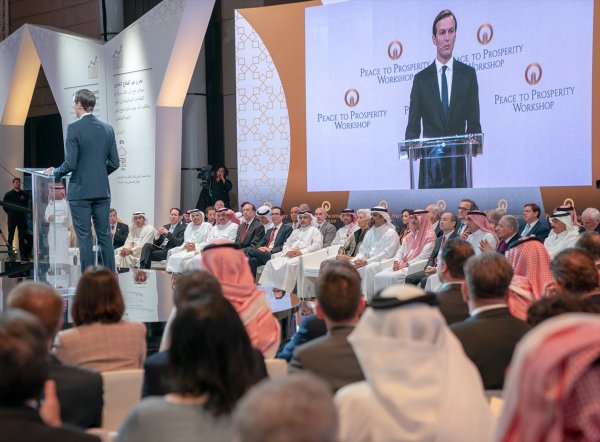 "Trump and America have not given up on you," Kushner said.

Last week, the White House called for $50 billion in investments for Palestine and neighboring Arab states as part of the plan, which calls for increased infrastructure projects between the Gaza Strip and the West Bank, with a stated goal to "empower" the Palestinian people.