'He couldn't get his way and he just walked out of the meeting,' Senate Minority Leader Chuck Schumer says of the president.

President Donald Trump slammed a table and abruptly walked out of talks aimed at resolving the ongoing partial US government shutdown, Democrats who he was meeting with said Wednesday.

"IF I OPEN THE GOVERNMENT YOU WON'T DO WHAT I WANT"

The president, Senate Minority Leader Chuck Schumer said, threw a "temper tantrum" when House Speaker Nancy Pelosi rejected an appeal from Trump to agree to the $5.7 billion he is seeking for a wall along the US-Mexico border. "He just walked out," Schumer told reporters at the White House after meeting with Trump. "He couldn't get his way, and he just walked out of the meeting." 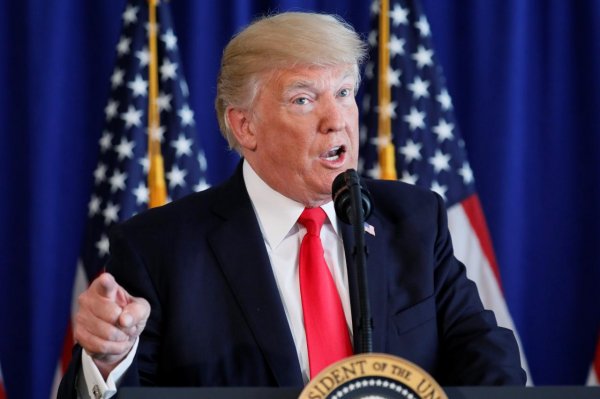 "He said, 'if I open the government, you won't do what I want,'" Schumer added. "That's cruel. That's callous. And that's using millions of innocent people as sort of pawns and it was wrong."

Shortly after his meeting with Schumer and Pelosi concluded, Trump took to Twitter to assail the Democratic leaders.

The shutdown is already the second-longest in U.S. history and is likely to soon eclipse the current record of 21 days.