Trump had the letter released to bolster his view that he did not give Turkey a green light to invade Syria.

The Oct. 9 letter was released by the White House on Wednesday as Trump battled to control the political damage following his decision to pull US troops out of northern Syria.

The letter tried to persuade Erdogan to reverse a decision to invade Syria that Erdogan told Trump about in an Oct 6 phone call.

"DON’T LET THE WORLD DOWN" 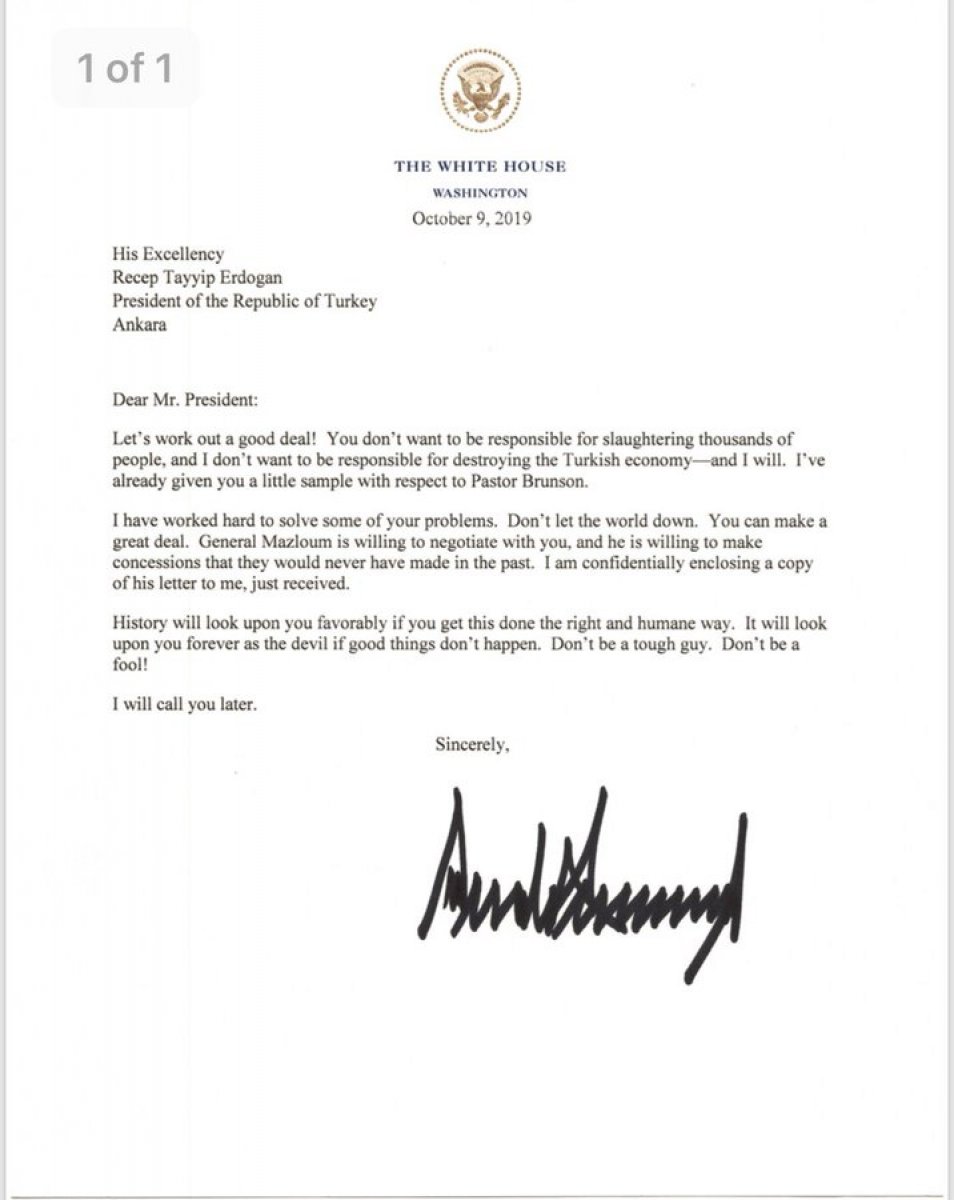 Trump also wrote that the sp- called commander of the YPG terror organziation, Mazloum Kobani Abdi, was willing to negotiate and to make some concessions.