Trump has gained some ground on Biden in Pennsylvania, according to polls released on Monday, which showed the challenger leading by 49% to 45%, slightly narrower than a week earlier.

US President Donald Trump heads to the battleground state of Pennsylvania on Tuesday with hopes of rekindling the 11th-hour surge of support that powered his surprise 2016 victory.

But with more than 30 million early ballots already cast with two weeks to go before voting ends on Election Day Nov. 3, time is running short in his contest against Democratic challenger Joe Biden.

Trump is due to hold a rally in Erie, in the state’s northwest corner, at 7 p.m. Eastern Time (2300 GMT). Biden has no events planned. 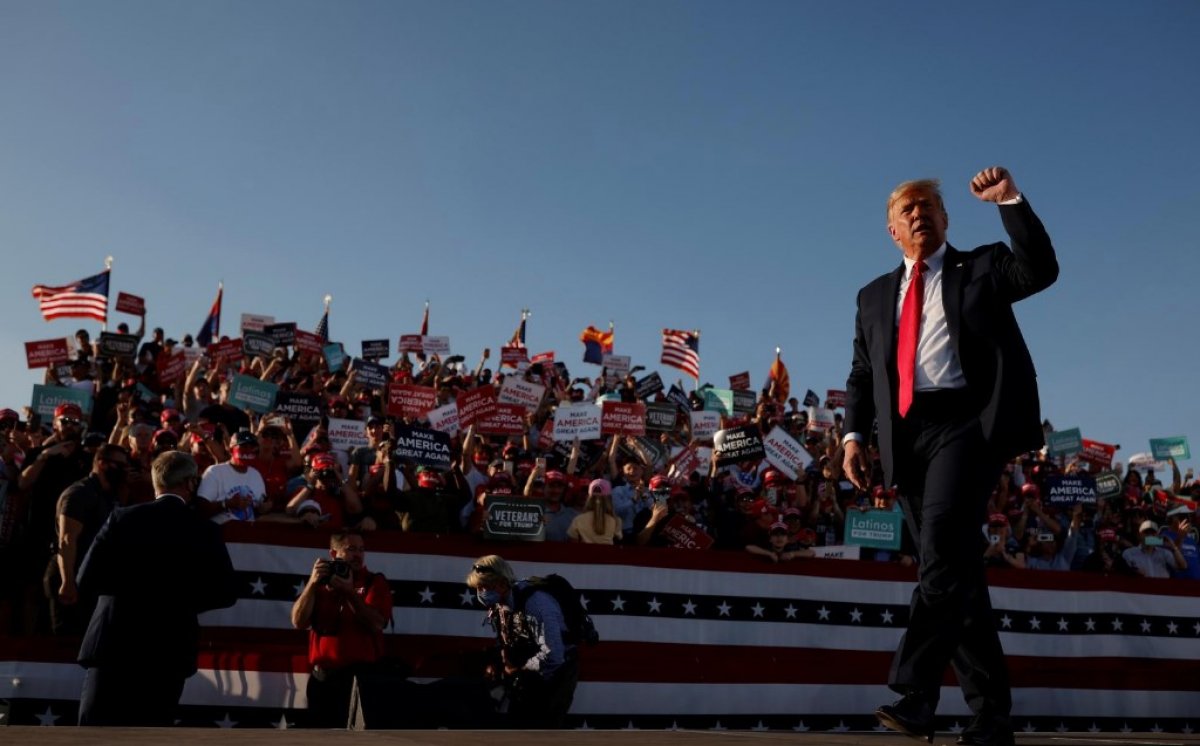 Despite rising cases of the highly contagious disease, which landed Trump in hospital for three days, he has resumed a heavy schedule of campaign travel including rallies where his supporters pack together tightly, many not wearing masks.

Trump continues to call for an end to social restrictions, which medical experts say could limit the spread of coronavirus, and for the country to re-open for business. On Monday he lashed out at top infectious disease expert Dr. Anthony Fauci, calling the highly respected figure a “disaster.”