Trump: PKK is a mortal enemy of Turkey

US President blamed Obama for allying the US with PKK.

US President Donald Trump ripped his predecessor Wednesday for what he said was the overt choice to partner with the PKK terror group as Turkey begins Operation Peace Spring in northern Syria.

"IT'S TOUGH FOR TURKEY"

"When President [Barack] Obama took the PKK, when they bring in PKK, that’s a tough deal, because that’s been a mortal enemy of Turkey," Trump told reporters at the White House. "So when you bring them in into a partnership, it’s a tough situation. It’s tough for Turkey." 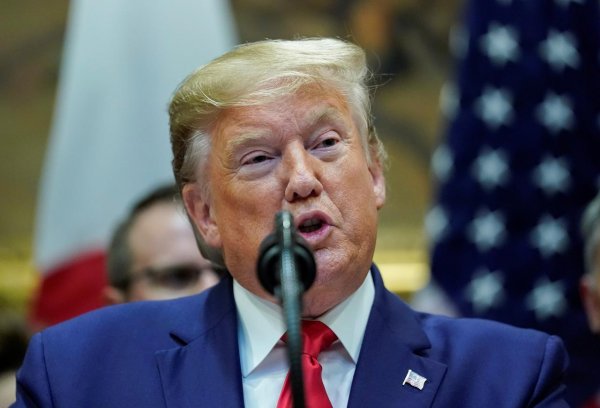 Trump announced Sunday a pullback of US forces from their positions in northern Syria ahead of Turkey's operation.

Turkey announced launch of Operation Peace Spring east of the Euphrates River in northern Syria to secure its borders by eliminating terror elements to ensure the safe return of Syrian refugees and Syria’s territorial integrity.