US President mentioned imposing sanctions on Turkey demanded to stop the military operation in northeast Syria.

"We are prepared to impose additional sanctions on Government of Turkey officials and entities, as necessary," the department said in a statement. 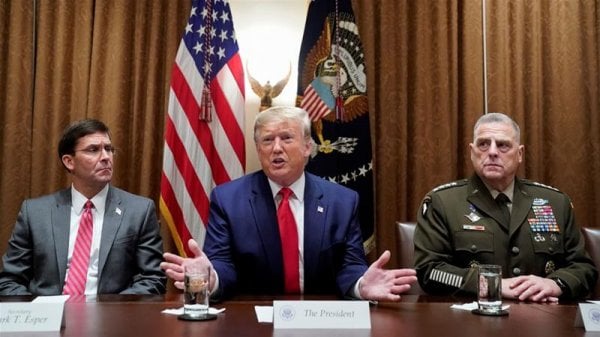 According to US law, those mentioned on the sanctions list face blocking of their properties (if any) and are prevented from having trade relations with the U.S.

The announcement came shortly after US President Donald Trump said his administration "will soon" be issuing an executive order authorizing the possible imposition of sanctions on Turkey, including on current and former government officials.

STEEL TARIFFS WILL BE RAISED

In a statement posted on Twitter, he added that steel tariffs will again be raised to 50% and negotiations for a $100 billion trade deal will be stopped "immediately" by the U.S. Commerce Department.

Turkey’s leaders have repeatedly said the operation does not target Kurds, contrary to rhetoric from anti-Turkey circles, which allege that the Turkish military is harming civilians and the fight against the remnants of the Daesh terror group.