Trump defends himself about phone call with Ukrainian president

US President sharply criticized Democrats, said that they should apologize to the American people.

US President Donald Trump has said Democrats mischaracterized a phone call he had with Ukraine's president, claiming that in fact he asked Volodymyr Zelensky do to a favor for the country, not for himself.

"I DID IT FOR MY PEOPLE"

"When I said, in my phone call to the President of Ukraine, 'I would like you to do US a favor though because our country has been through a lot and Ukraine knows a lot about it.' With the word 'us' I am referring to the United States, our Country," Trump tweeted late Wednesday, referring to a July 25 phone call that has been cited as evidence in impeachment proceedings against the president. 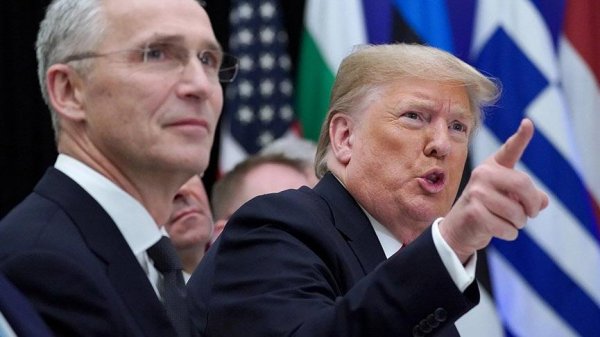 "I then went on to say that 'I would like to have the Attorney General (of the United States) call you or your people.....' This, based on what I have seen, is their [Democrats’] big point - and it is no point at an all (except for a big win for me!)," the president said.

"The Democrats should apologize to the American people!" he added.

On Sept. 24 Democrats in the House of Representatives opened an impeachment inquiry into Trump amid claims that the president tried to pressure Ukraine to interfere in the upcoming 2020 presidential elections.